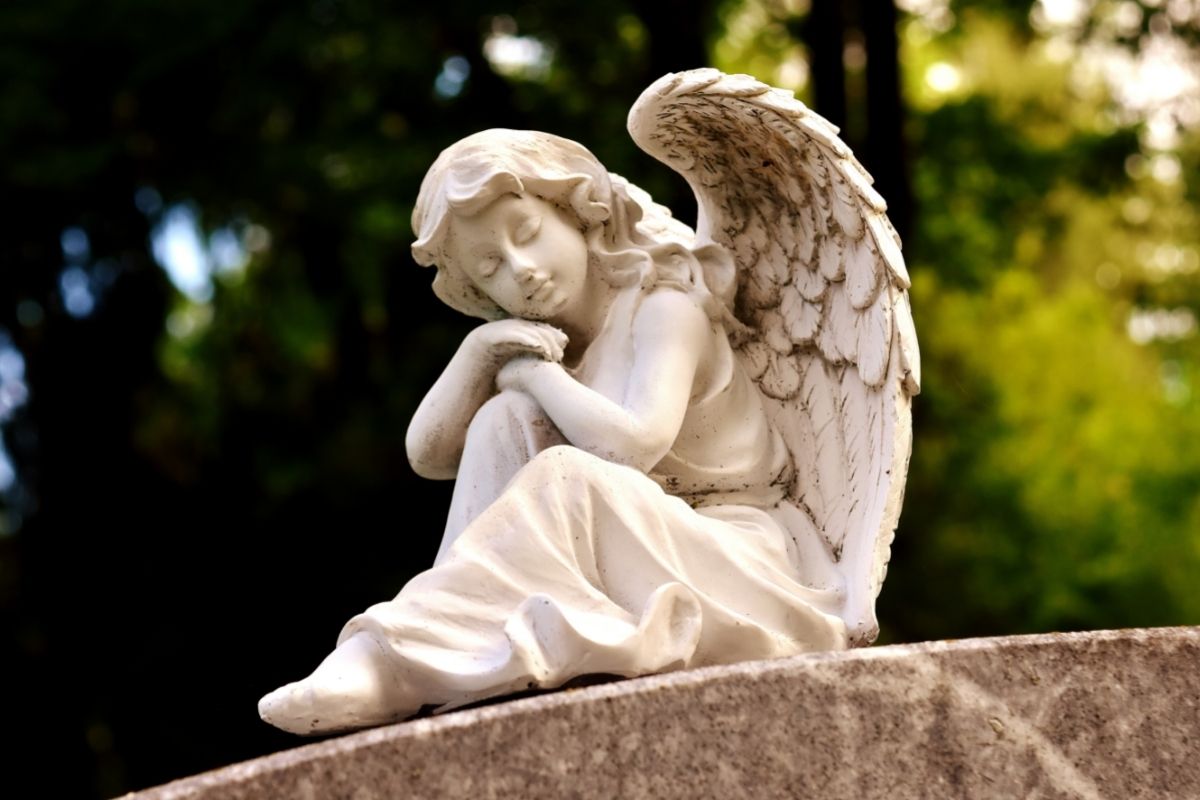 Angels are spiritual guides who are believed to watch over humans and guide them throughout their lives. They are also said to intervene in human affairs and influence worldly events.

Angels are often depicted as being beautiful, powerful and sometimes frightening. Some people believe that angels are sent from heaven to watch over us, while others believe that they are fallen angels who rebelled against God.

But what if we told you that our idea of angels is very different from the creatures depicted in the Bible? In fact, some angels could be considered scary, especially those that play an important role in the Scriptures.

In the following article, we are going to examine the angels of the Bible, to see if they are beautiful or scary. We will also take a look at some examples from the religious text, where angels have done some questionable things…

When we think of angels, we frequently imagine beautiful creatures with golden wings surrounded by heavenly light. And while there is some value to this depiction of angels, it is not entirely accurate when compared to descriptions found in the Bible.

In fact, the term angel is used to describe a plethora of heavenly creatures, with each species boasting its own name and characteristics. While most of these creatures do feature the traditional angelic wings, they do not look entirely human and are almost alien in their descriptions.

So let’s take a look at the different kinds of angels introduced in the Bible, to see just how scary they can be…

The Bible features a range of different angels, with the most prominent being the cherubim, the seraphim, the malakim and the ophanim.

Each of these angels comes with its own unique appearance, which ranges from beautiful humanoid to mutated abomination. There’s a reason why most angels tell humans to ‘be not afraid’ and it seems their visage has something to do with it…

The cherubim (otherwise known as cherubs) are the lowest ranking angels in heaven, which are often depicted as small children with feathery wings.

However, this depiction is not accurate to their descriptions in the Bible and draws its influence from depictions of the love god Cupid.

Instead, cherubim are described as horrible chimera, with the angels being composed of different animals and limbs. The cherubim were first introduced in the Book of Ezekiel and were described as thus:

While this description is fitting of a heavenly creature, it does sound terrifying and would leave most people in a state of shock.

However, the depiction also seems to draw influence from the art of the ancient world, with the cherubim bearing some similarities to the Egyptian Sphinx and the Babylonian Lamassu.

The term angel comes from the Greek word angelos, which originates from the Hebrew word for messenger – mal’akh. In the Bible, the malakim are the messengers of God and are said to resemble humans in their appearance.

They rank third among the four angel classes and are what we imagine when we think of modern angels.

However, this does not mean that the depictions of malakim are entirely accurate, as the Bible never describes them as having wings.

Instead, the idea of angels having wings was first introduced during the late fourth century, where wings were used to represent their sublime and heavenly natures.

In the Book of Isaiah, the seraphim are described as divine beings that surround the throne of God, where they sing in unison to His approach. Like the cherubim, seraphim are not humanoid in appearance and boast a rather strange visage:

Seraphim rank second in the angelic hierarchy and are often depicted as a flurry of wings framing a human face. However, there is a darker element to their origins, as the name seraphim comes from the Hebrew word seraph, which means ‘to burn’.

The name also bears a resemblance to the Hebrew word saraph, a term used to describe a venomous desert snake. In the ancient world, the cobra was referred to as the flaming one, which implies that the seraphim’s depiction was influenced by the imagery associated with the snake.

The ophanim (otherwise known as the wheels) is arguably the strangest angelic being in the Bible, as it does not take the form of a human or animal. Instead, the angel appears as a series of interlocking wheels, which float through the air and feature hundreds of eyes on their rims:

This was the appearance and structure of the wheels: They sparkled like topaz, and all four looked alike. Each appeared to be made up like a wheel intersecting a wheel […] Their rims were high and awesome, and all four rims were full of eyes all around.

Because there is no real-world influence behind this depiction, many believe that the angel was inspired by a UFO sighting, which is a far-fetched theory. However, it must be said that the ophanim is easily the most bizarre angel in the Bible and could be seen as scary if encountered on a dark night.

Scary Things Angels Have Done In The Bible

Despite their shifting appearances, angels could also be considered scary due to their various actions, which include slaughtering armies and evicting the first humans from paradise.

In the section below, we have summarized some of these stories so that you can determine for yourself how scary angels are:

The Archangel Lucifer Fell From Heaven

When it comes to scary angels, there is no one more terrifying than the archangel Lucifer, who rebelled against God and started a heavenly war.

Following his defeat at the hands of the archangel Michael, Lucifer was cast out of heaven and given the name Satan, with the fallen angel claiming domain over hell and its demons.

As we previously mentioned, the malakim were the messengers of God and used to spread his word among the humans. In one such story, the archangel Gabriel attempted to tell Zechariah about the birth of John the Baptist, which led to the former lashing out against the angel in protest.

However, Gabriel was not happy with this turn of events and punished the man by stealing his voice:

I am Gabriel. I stand in the presence of God, and I have been sent to speak to you and to bring you good news. But now, because you did not believe my words[…] you will become mute, unable to speak until the day these things occur.

Now if that doesn’t sound scary, then we don’t know what does…

The Angel Of Death Killed Thousands Of People

The Bible tells of several occasions where the Angel of Death was sent down to kill God’s enemies.

One of the more notable stories is the killing of the firstborn sons of Egypt, which allowed Moses and his people to escape. However, there was also an instance where the angel saved Jerusalem by killing an army of over 185,000 men.

When it comes to scary angels, the Angel of Death certainly ranks high on the list, as he could be described as a bloodthirsty and ruthless killer.

So, are angels scary? The short and simple answer to this question is yes – angels are scary. However, this does not mean that they are evil, as angels are still sublime beings and representations of God’s light.

While their biblical depictions may be questionable, they are still associated with heavenly connotations and work to help the human race at God’s request. If anything, biblical angels teach us not to judge a book by its cover…