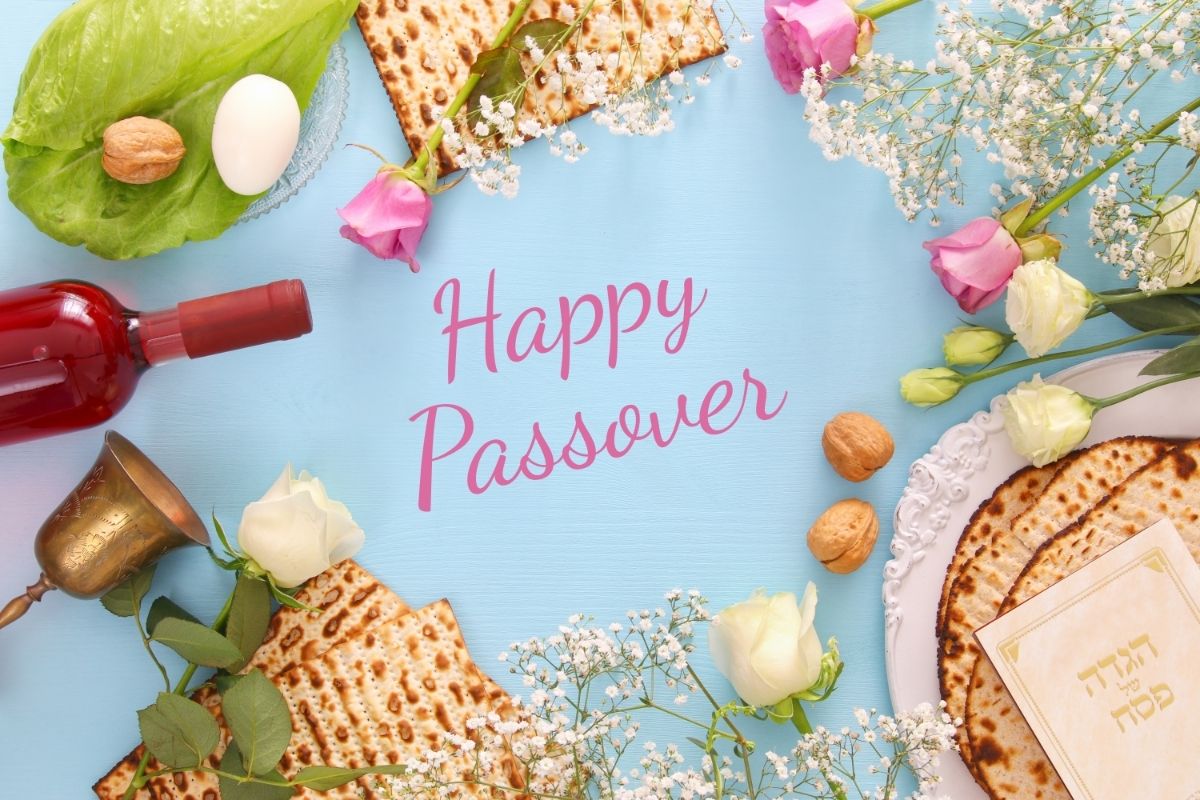 Passover is a celebration that is mentioned in the Bible. It marks the liberation of the Hebrew people from slavery in Egypt, and because it is mentioned in a Christian text, many people assume that it is customary for Christians to celebrate Passover.

However, it is rare for Christians to celebrate this event today due to the celebration’s associations with other religious beliefs.

In this short guide to the Christian perspective on Passover, we will be explaining what Passover is, the Biblical significance of Passover, and why some Christians choose to celebrate Passover while others do not.

The Jewish holiday of Passover commemorates the Exodus from Egypt and God’s deliverance of his people from slavery in Ancient Egypt.

The story of the Exodus is told in the book of Exodus, chapters 12-14 in the Bible.

In this book of the Bible, God sends no less than 10 plagues to destroy Egypt after the Pharaoh refuses Moses’s request to set the slaves free.

In the Bible, it is stated that the tenth of these plagues was the worst of all. It took the life of every firstborn child. However,

God did leave instructions for anyone who wished to escape the effects of the tenth plague: sacrifice a lamb and paint any lintels and doorposts outside their home.

God promised to pass over any house marked by this blood, sparing their firstborn child’s life.

One of the biggest questions surrounding Christianity and Passover is why, if Passover is a Jewish holiday, it is celebrated by Jesus in the Bible. However, there is a very simple answer to this question.

Jesus himself was, of course, Jewish. He was born to Jewish parents and lived his life as a part of Jewish culture. Therefore, it makes sense that Jesus would celebrate Passover.

What many people don’t realize is that the Last Supper, which is an important event in the Christian calendar, actually took place during the celebrations of Passover.

It is also stated in the Bible that Mary, Joseph, and Jesus returned to Jerusalem each year for Passover, which is celebrated during Nisan (the month of the Jewish calendar that aligns with the months of March and April on the Gregorian calendar).

Not only that, but many Christians prefer to celebrate the ‘sacrificial lamb’ in the form of Christ himself.

Just as the people of Egypt sacrificed lambs to ensure their deliverance from the plague of Exodus, Jesus was sacrificed to deliver us from our sins.

For this reason, most Christians do not celebrate Passover and instead tend to celebrate Easter to mark Jesus’s sacrificial death for our salvation.

This is a shift that took many centuries to develop, but it was finalized in the year 325 AD, when it was agreed by the Council of Nicaea that the celebration of Easter to mark Christ’s resurrection should be held on a specific set of dates each year.

At this point, Easter more or less officially replaced Passover in the Christian calendar.

With that being said, some Christians still choose to celebrate Passover. This is usually called ‘Christian Passover’ to differentiate it from the traditional Jewish celebrations.

Actually, many Christians celebrate Passover year-round through the practice of Communion.

In Communion, which is a Christian ritual observed by Catholics and Protestants in different ways, Christians consume bread to represent the body of Christ.

This has textual links to the words of Jesus during the Last Supper which, as we’ve already mentioned, is connected to Passover.

Communion is also a practice that allows Christians to appreciate the generosity of God, so some Christians view taking Communion as a form of Passover celebration.

Is It Right For Christians To Celebrate Passover?

We all worship and show our gratitude to God in different ways, so if celebrating Passover feels right to you, then you should go for it – as long as your celebrations honor God in their nature, of course.

What Usually Happens During Passover?

The Jewish celebration of Passover takes place over 7 days. This is known as the Feast of the Unleavened Bread.

People who celebrate Passover typically do not attend work. Instead, they dedicate this time to prayer services and show their appreciation through celebratory meals.

In the 5 days in between, dietary restrictions must be observed. In particular, unleavened products of any kind are banned.

Why Is It Called Passover?

Passover is so-named because of God’s promise to ‘pass over’ the houses in Egypt that were marked with lamb’s blood during the tenth plague he sent to punish Egypt for its disobedience.

The name ‘Passover’ reminds us of God’s generosity in allowing the people of Egypt to save themselves from the tenth plague by proving their faith and obedience to His instructions.

Christians used to celebrate Passover as a rule, but these days, it is less common for Christians to observe these celebrations.

While some Christians do still celebrate Passover, they do not usually follow the 7-day celebrations observed by Jewish people at this time of year.

Instead, Christians are more likely to mark Passover by taking Communion or attending a Church service dedicated to this Biblical event.

Remember, no matter how or why you choose (or don’t choose) to celebrate Passover, you shouldn’t judge the choices of others as we all give thanks to God in our own ways.