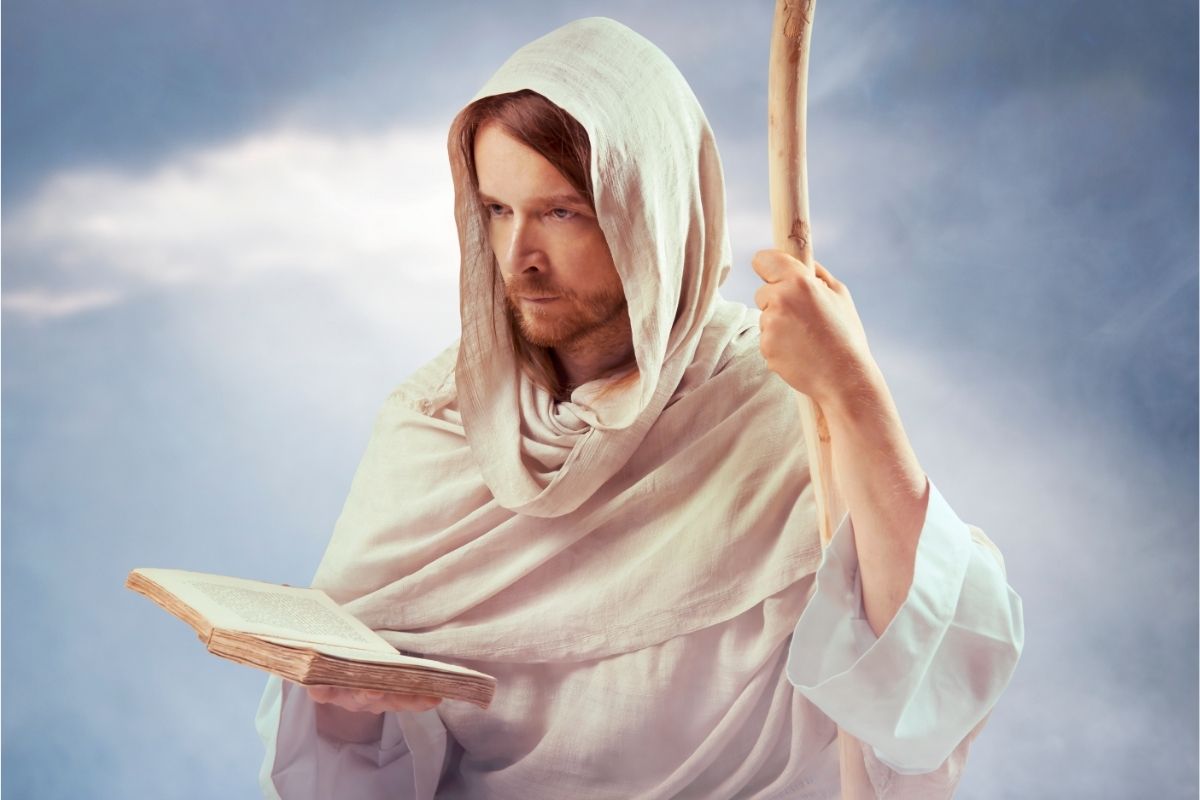 Jesus was born into a Jewish family, and he grew up hearing stories from his parents about the Hebrew Scriptures. What did he think of them?

The Bible has been called the Word of God because it contains the inspired word of God. In other words, it is the only accurate record of God’s revelation to humanity.

Jesus had no problem with the Old Testament. He quoted it frequently, and he even used some of its stories as illustrations in his teaching.

But he also challenged people who believed that all the Old Testament was inspired by God. The New Testament makes clear that Jesus viewed the entire Old Testament as divinely inspired.

Jesus viewed the Old Testament as an important part of God’s plan for human redemption. It tells us how God made himself known to humanity through the prophets.

It describes the history of Israel under the leadership of Moses. And it gives us glimpses of what will happen when Christ returns as King.

So Jesus said that we should read the Old Testament carefully, but we shouldn’t take everything literally.

In this article, we’ll be going over:

Why Is The Old Testament Important Today?

The Old Testament is very important to our faith. We can learn many things about God from reading it.

We can see how God revealed himself to humanity throughout history. This helps us understand more clearly why Jesus came to Earth as the Son of God.

We can see how God worked out his plan for salvation through the lives of the Old Testament heroes. These stories help us know more deeply what it means to follow Jesus.

We can see examples of how God wants us to live every day. For example, we can learn that we need to love one another.

We can see what happens when we disobey God’s commands. When we do these things, we show ourselves to be unworthy of God’s blessings.

We can see what happens when God’s people obey him perfectly. They receive his promises and protection.

We can see the power of prayer. Prayer changes our circumstances and brings us closer to God.

We can learn about God’s character. We can see how he loves us and cares for us.

We can see God’s justice. We can see how sin affects everyone.

We can see that God forgives sinners and restores those who repent.

We can see many other things about God that we couldn’t have learned any other way.

So, basically, there are lots of reasons why the Old Testament is important to us, even in the modern-day!

What’s The Difference Between The Old Testament And The New Testament?

These two Bibles contain different types of literature. Most of the Old Testament is poetry or prose. Prose includes letters like Paul’s Epistles, and poems include the Psalms and Job.

Some of the Old Testament is historical accounts. These describe events that happened during the time period they’re describing.

And some sections of the Old Testament is prophecy. Prophecy predicts future events.

It also gives you advice on how to deal with difficult situations.

But the Old Testament doesn’t just give you information. It also shows you God’s will for your life.

In fact, the entire Old Testament was written so that you could read it and find out what God wanted you to do.

This is because God gave the Old Testament to Israel at a specific time. He told them to write down all the laws and rules he had given them.

Then, after thousands of years passed, he sent someone called Ezra to go back to Judah and collect all the writings that were left behind.

This collection became known as the Law of Moses. But this wasn’t the only law that God gave to Israel. He also gave them instructions on how to worship him.

He taught them about their relationship with him. Furthermore, he showed them how to live holy lives. In fact, he even told them about the coming Messiah.

Which Books Of The Old Testament Are Most Helpful To Us Today?

There are three books of the Old Testament that are especially helpful to us today.

Genesis is the first book of the Bible. It begins by telling you about creation. This story explains how everything came into being.

Then, it goes on to explain how Adam and Eve disobeyed God. They ate from the forbidden fruit which caused them to sin.

The rest of Genesis talks about Abraham. Abraham lived around 2000 BC. He was born in Ur (today, it is known as Tall al-Muqayyar), and his father named him Abram.

Exodus is the second book of the Bible. This book describes how God rescued his chosen nation from slavery in Egypt.

Leviticus is the third book of the Bible. Leviticus deals with the sacrifices that Jews used to make when they worshiped God.

It also describes the rituals that priests performed when they offered sacrifices.

All three of these books from the Old Testament are incredibly important parts of the Bible. Every verse teaches us some kind of lesson that can be applied to our modern-day lives.

Jesus Christ often referred to the Old Testament to His followers to help teach them about the word of God.

He would say things like ‘Have you not read that which was spoken to you by God?’ (Matthew 22:31), which taught his followers about the importance of His Father’s words to humanity.

Similarly, quotes like ‘Have you not read what David did?’ (Matthew 12:3) and ‘Out of thy mouth of infants and nursing babes thou has prepared praise for thyself?’ (Matthew 21:16) tell us more about how Jesus viewed the Old Testament.

It is really important for us as Christians to take heed of Jesus Christ’s adherence to the Old Testament. If it was clearly so influential to Him, then it must surely be significant for us all.

So, if you want to know more about the Christian faith, we recommend that you start reading these three books. You’ll learn a lot!