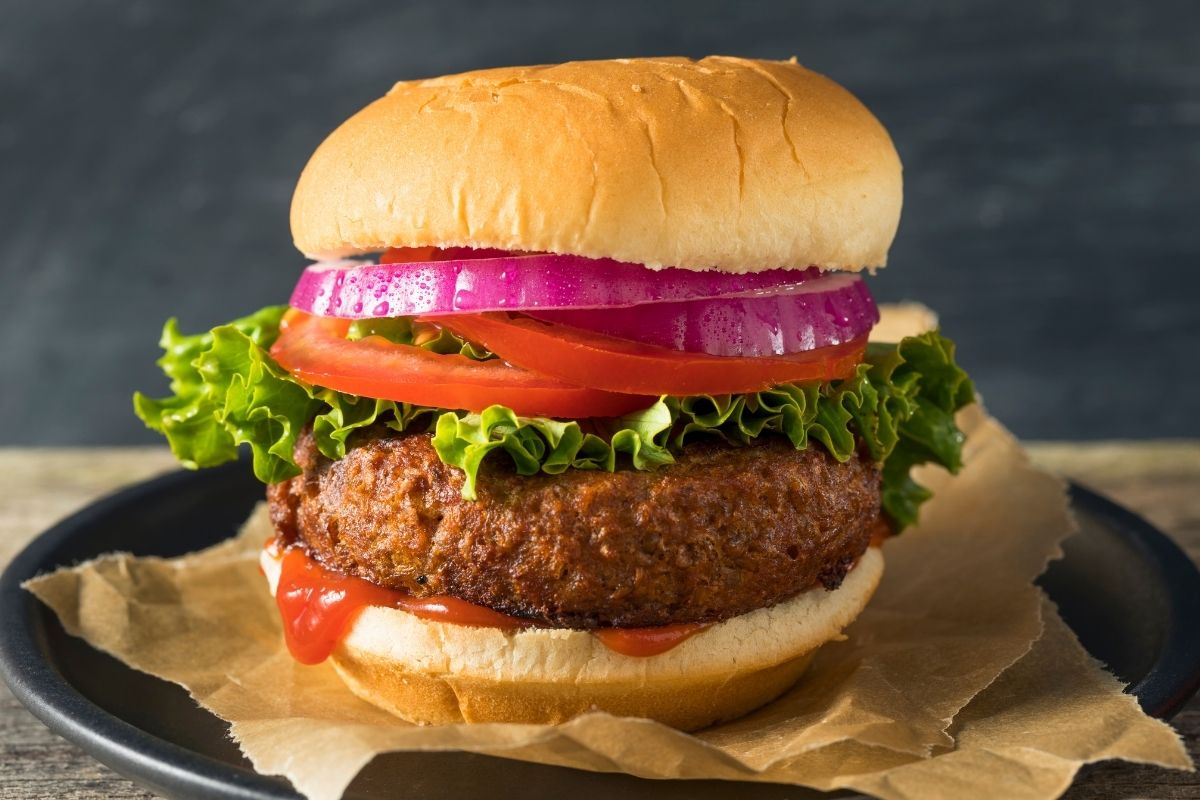 The vegan movement has grown by massive proportions in recent years. There are currently almost 80 million estimated vegans worldwide!

The vegan diet, otherwise known as a plant-based diet, has been proven to have a number of health benefits, such as a lowered risk of cardiovascular disease. However, for many people, veganism is more than a diet.

There are environmental as well as compassionate reasons for reducing meat consumption or transitioning to a plant-based diet. Often, the choice to avoid animal products is based on animal rights.

Veganism has always been a topic of debate in society at large, but it is an especially controversial topic amongst Christians.

Whilst it is estimated that roughly 34% of vegans are Christians (which would imply that over 27 million Christians are vegan), many believers in Jesus Christ consider the eating of meat to be an ordained part of the human diet due to certain Biblical passages.

Based on this logic, being vegan could be considered a sin in the eyes of God.

In this article, we will unpack the debate over Christianity and veganism with the aim of answering the big question: is being vegan a sin?

What Is A Sin?

The definition of sin by Biblical standards is important when it comes to working out whether veganism can be considered a sin.

Most dictionary definitions of sin describe it as a transgression against religious morality or ‘divine law’.

Because God’s word is considered by most Christians to have been written down in the Bible, it is generally agreed that any action that is incompatible with the moral directions in the text is sinful.

For this reason, many Christians who are curious or conflicted about the morality of veganism turn to the Bible as their first source of answers.

However, as we will see later, it is common today for followers of Christ to weigh other factors, such as social change and ethical arguments, in the balance with the Biblical narrative before deciding whether something constitutes a sin.

What Does The Bible Say About Veganism?

Veganism itself was not a known dietary choice at the time when the Bible was written, so the word itself is not present at any point in the text.

However, both the eating of meat and the idea of plant-based eating is touched upon in a few verses, and depending on how you interpret them, it’s possible to reach vastly different conclusions.

One of the main passages from the Bible that Christians against veganism use to support their view is early in the text, in Genesis 1:26, which reads: ‘Let Us make man in Our image, according to Our likeness; let them have dominion over the fish of the sea, over the birds of the air, and over the cattle, over all the earth and over every creeping thing that creeps on the earth.’

This verse is commonly interpreted as a call for humans to use animals as they see fit, including animal sacrifice and the eating of animal flesh.

However, Christians who are concerned with animal rights have questioned the implications of the word ‘dominion’, which does mean control but does not mean uncompassionate domination.

Genesis 1:26 seems even more unsuitable as a condemnation of veganism when read alongside Genesis 1:29-30.

This verse says, ‘See, I have given you every plant yielding seed that is upon the face of all the earth, and every tree with seed in its fruit; you shall have them for food.

Here, the Bible specifically states that plants are intended for food, which is a more specific direction than is given about meat eating.

By Genesis 9:3, however, God’s original plan seems to change when he says to Noah: ‘Everything that lives and moves about will be food for you. Just as I gave you the green plants, I now give you everything.’

Clearly, there is an intention here for humans to consume animal flesh, but a sizable portion of the Christian community rejects this as a counter-argument to the vegan diet.

Firstly, God specifies that in giving humans animals for food, he is transferring ‘the fear and dread’ of humankind onto non-human animals, which seems like more of an act of cruelty than love to many Christians since animals, having no concept of morality, cannot be considered worthy recipients of punishment.

Moreover, this verse belongs to the Old Testament, which is not always closely observed by Christians compared to the New Testament.

Exodus is one of two chapters in the Bible containing the fundamental moral laws of Christianity: the Ten Commandments.

The Ten Commandments, specifically the fifth commandment: ‘thou shalt not kill’ (Exodus 20:13).

Because these commandments come after Genesis 9:3, which states that animals are to be food for humans, some Christians believe that the verse is an indication of God’s preference for a vegan diet.

However, other followers of Jesus maintain that the fifth commandment only applies to humans.

‘Then Daniel said to the steward whom the chief of the eunuchs had assigned over Daniel, Hananiah, Mishael, and Azariah, “Test your servants for ten days; let us be given vegetables to eat and water to drink.

Then let our appearance and the appearance of the youths who eat the king’s food be observed by you, and deal with your servants according to what you see.”

So he listened to them in this matter, and tested them for ten days. At the end of ten days it was seen that they were better in appearance and fatter in flesh than all the youths who ate the king’s food.’

Here, the health benefits of a vegan diet over a meat-based diet are clearly observed and acknowledged.

Romans is another chapter of the Bible that offers interesting perspectives on veganism.

On the one hand, the plant-based diet seems to be criticized in this chapter, but on the other hand, this is the section of the Bible that seems to explicitly contradict the notion of veganism being a sin.

Romans 14:1-3 reads: ‘As for the one who is weak in faith, welcome him, but not to quarrel over opinions. One person believes he may eat anything, while the weak person eats only vegetables.

There is a clear association here between weakness in faith and abstinence from animal products.

However, this is actually not a commentary on veganism itself, but a larger statement about religious observations outside of Christianity.

The clear message here is also not to cast judgment based on dietary choices.

‘Now the Spirit expressly says that in later times some will depart from the faith by devoting themselves to deceitful spirits and teachings of demons, through the insincerity of liars whose consciences are seared.

Who forbid marriage and require abstinence from foods that God created to be received with thanksgiving by those who believe and know the truth.’

While this could be interpreted as an outright condemnation of veganism because a plant-based diet involves refusing meat and other animal products, which Genesis 9:3 states that God granted humans for consumption, there is more to it than that.

Like Romans 14:1-3, this passage is specifically talking about those who reject certain foods on the basis of non-Christian religious obligations as opposed to those who abstain based on non-violence.

There has been a lot of dispute in recent years surrounding the subject of veganism in the Christian community.

Although Genesis 1:29-30 does suggest that God initially planned for humans to eat a plant-based diet, the eating of animals becomes sanctioned in Genesis 9:3.

In Romans 14:1-3, vegans, or ‘those who eat only vegetables,’ are described as ‘weak’, although these verses also urge meat-eaters and vegans not to despise or pass judgment on one another for their choices.

While 1 Timothy 4:3 criticizes ‘abstinence from foods that God created to be received with thanksgiving’ (even this verse only directly speaks of the rejection of certain foods in devotion to ‘deceitful spirits and teachings of demons’ (1 Timothy 4:1)), Daniel 1:15 notes the health benefits of abstaining from meat consumption.

Ultimately, any outright criticism of plant-based living in the Bible seems to be accompanied by a call for non-judgment or context that specifically criticizes certain motives as opposed to veganism itself.

Therefore, it seems unlikely based on Biblical evidence that someone who is vegan out of compassion for animals or for health reasons would be considered sinful in the eyes of God.

Regardless of our individual perspectives on the morality of veganism according to Christianity, we should remember not to judge others, but to continue having these complex conversations to gain knowledge, understanding, and empathy.