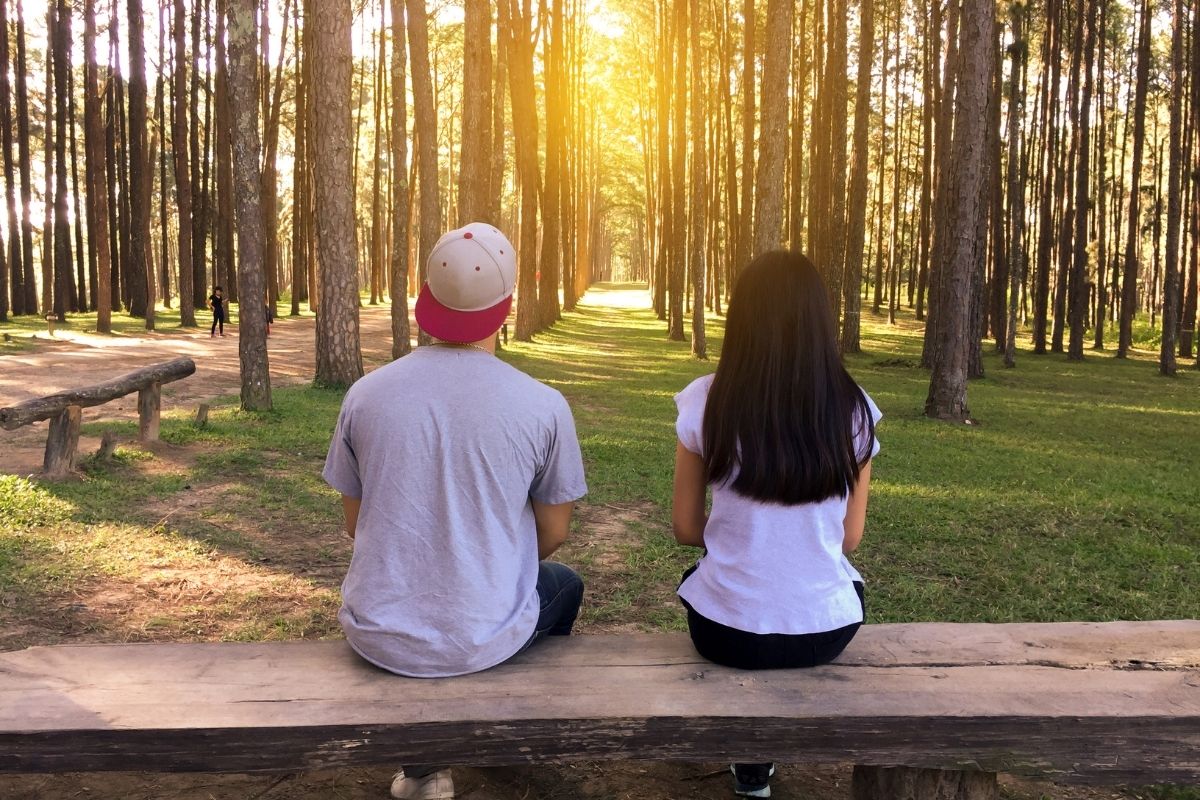 There is almost no debate as divisive amongst Christians as whether Christians should date non-Christians.

Admittedly, there are several passages in the Bible that seem to imply that Christians should refrain from dating people who don’t believe in Jesus Christ.

However, closer textual analysis complicates this statement, while the ways in which society has changed since Biblical times mean that some verses used to caution against dating non-Christians might be interpreted differently.

For a complete answer to whether Christians should date non-Christians, read on! We will be examining passages from the Bible to uncover the real answer to this question.

Why Does It Matter Who You Date?

Many Christians find themselves wondering why it actually matters whether they date a fellow Christian or a non-Christian. Surely, what matters most is one’s personal faith in God?

While this is true to an extent, it is the belief of many in the Christian community that dating a non-Christian could put your own path to salvation in jeopardy.

After all, living a life dedicated to God takes lifelong commitment and focus, which can easily be derailed by keeping company with people with vastly different values, morals, and life paths.

It is also commonly believed that dating is something people do for fun, but for many Christians, the process of dating carries much more serious meaning.

In the eyes of some believers in Christ, dating is meant to help you to determine whether the person you are seeing is the right person to marry, which makes the dating process much more high-stakes.

But what’s the problem with dating or even marrying a non-Christian if you yourself are a Christian? Is there a issue at all? Well, here’s what the Bible has to say.

The advice given in the Bible about dating non-believers is complicated and sometimes, it would seem, contradictory.

However, careful interpretation within context can help us to understand the position of God on dating relationships between Christians and non-Christians.

In Deuteronomy, there is a verse that cautions against dating people who don’t believe in the word of the Lord.

Deuteronomy 7:3 reads, speaking of people who worship other gods, ‘You shall not intermarry with them, giving your daughters to their sons or taking their daughters for your sons, for they would turn away your sons from following me, to serve other gods.’

It is interesting that this verse only specifically refers to people from different religions, leaving it open to interpretation whether Christians can date people who hold no religious beliefs at all.

However, there is a pretty clear message in the text warning against dating people from other religious backgrounds.

With that being said, there is more to be found in the Bible on the subject, and not all of it is consistent with what is written here.

Proverbs also has some interesting things to say about Christians and non-Christians dating one another.

For example, in Proverbs 31:30, we find the verse, ‘Charm is deceitful, and beauty is vain, but a woman who fears the Lord is to be praised.’

What this implies is that the choice of a partner for either dating or marriage should be based not on physical attraction or conversational charm, but devotion to God.

Meanwhile, Proverbs 13:20 says, ‘Whoever walks with the wise becomes wise, but the companion of fools will suffer harm.’

While this verse does not specifically talk about dating, it does imply that the company you keep affects you on a personal and moral level. Therefore, this verse seems to be consistent with the warnings of Deuteronomy.

Moving into the New Testament, views on associations between Christians and non-Christians seem to shift in a more tolerant direction.

This is important to note because many Christians feel that the New Testament is more relevant than the Old, and so will be more likely to take verses in these chapters literally.

Although 1 Corinthians 15:33 does state, ‘Bad company ruins good morals’, much like Proverbs 13:20, there is another verse in this chapter that seems to condone marriage between believers and non-believers.

The message imparted in 1 Corinthians 7:12-13 is this: if any brother has a wife who is an unbeliever, and she consents to live with him, he should not divorce her.

This verse implies that dating and marriage between a Christian and an unbelieving spouse may be beneficial in the sense that the Christian partner may influence the other to turn to Christ.

It should be noted, however, that the goal should not be to date or marry someone in order to convert them. Rather, God calls His followers to be a living example of Christ-like values and behavior so that the path to Eternal life is illuminated to others.

By the time we reach 2 Corinthians, there is what appears to be another contradiction. Having gone from cautioning against marriage between Christians and people with other religious or cultural views, to implying that there are benefits to be had in such relationships, 2 Corinthians once again takes a dim view of the idea.

In 2 Corinthians 6:14-18, we find the following:’ Do not be unequally yoked with unbelievers. For what partnership has righteousness with lawlessness?

Or what fellowship has light with darkness? What accord has Christ with Belial? Or what portion does a believer share with an unbeliever? What agreement has the temple of God with idols?

For we are the temple of the living God; as God said, “I will make my dwelling among them and walk among them, and I will be their God, and they shall be my people.

Therefore go out from their midst, and be separate from them, says the Lord, and touch no unclean thing; then I will welcome you, and I will be a father to you, and you shall be sons and daughters to me, says the Lord Almighty.”

2 Timothy also warns against being close to people who do not share Christian values, including through casual dating.

Specifically, 2 Timothy 3:1-5 reads: ‘For people will be lovers of self, lovers of money, proud, arrogant, abusive, disobedient to their parents, ungrateful, unholy, heartless, unappeasable, slanderous, without self-control, brutal, not loving good, treacherous, reckless, swollen with conceit, lovers of pleasure rather than lovers of God, having the appearance of godliness, but denying its power. Avoid such people.’

The key phrases in these verses from a dating perspective are ‘unholy,’ ‘lovers of pleasure rather than lovers of God’ and ‘Avoid such people’.

As you can see, determining whether it is okay for Christians to date non-Christians is complicated if you only look at the words written in the Bible.

Although certain Biblical verses imply that it might be beneficial for Christians to date non-Christians while setting an example of Christian principles and virtues, other verses paint this kind of dating scenario as morally dangerous.

However, the reality is that interfaith marriages are becoming more common, and all the advice surrounding dating non-Christians hinges on the idea that it might lead Christians to convert away from Christianity.

If you are strong in your faith, however, there is little in the Bible to suggest that dating or marrying a person who does not believe in Christ is, in itself, sinful.