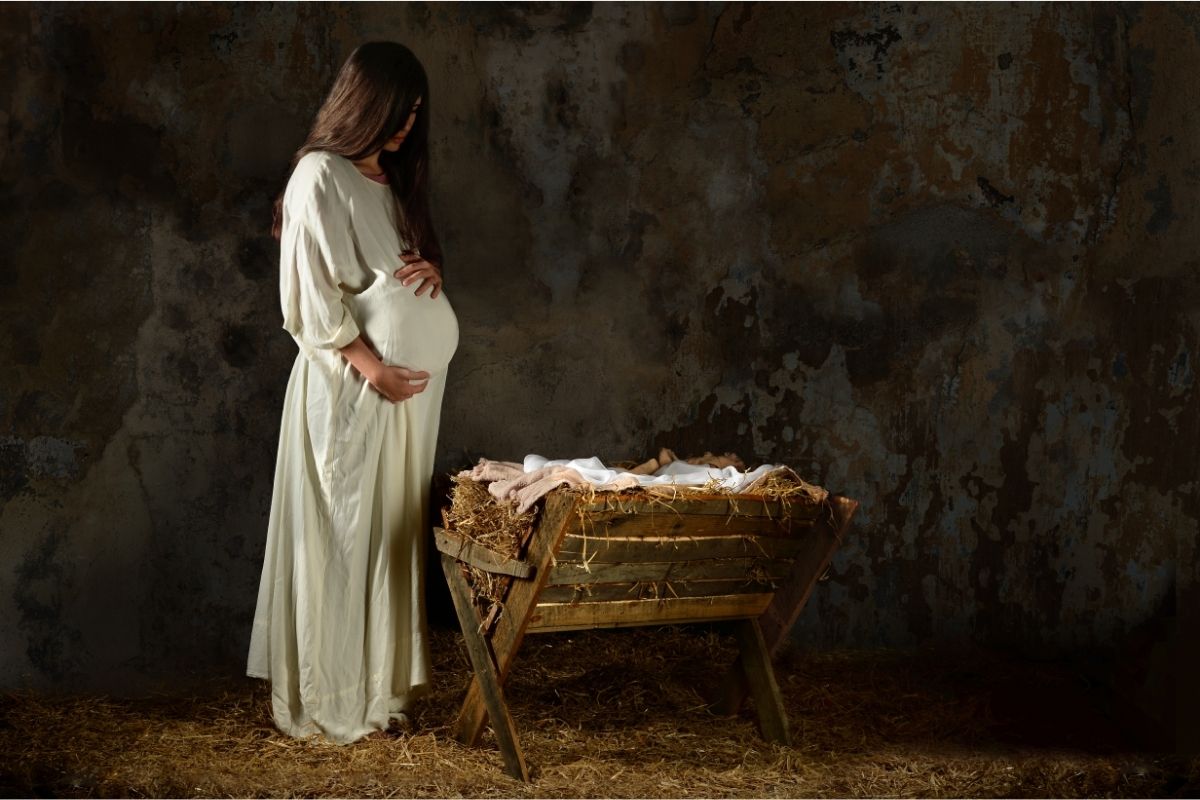 Contents show
1 Who Was Mary Of Nazareth?
2 What Did Mary Look Like?
3 The Jewelry Mary Would Have Worn
4 What Clothes Did Mary Wear?
5 What Language Did Mary Speak?
6 Final Thoughts

There is Mary of Nazareth, a Jewish girl living in the backwater province of the once-powerful Roman Empire, and the semi-goddess Virgin Mary we see in Christian churches all around the world.

Who Was Mary Of Nazareth?

We already know Mary was the mother of Jesus Christ but by taking a closer look at her background we might be able to gain a better understanding of why she looked the way she did as we go through the article.

According to the New Testament in the gospels of Luke and Matthew, Mary was a first-century Jewish woman of Nazareth, born in Sepphoris, Israel.

She was the wife of Joseph and as we have previously mentioned the virgin mother of Jesus Christ. It is believed she was once called Maria, but it would have been common for her to be called Miriam or Mariamme.

Like a lot of women of her time, Mary would have most likely been married around the age of 12 before the onset of puberty.

Now we know more about who Mary was and where she came from we can start looking at how she may have looked.

It is believed that Mary, the mother of Jesus, was just a young peasant girl who probably stood at a height of less than five feet tall.

She will have had long hair with a center parting painted with a purple or red dye. Her hair color was most likely a glossy black color.

Women of her time and where she was born were sturdy and robust, with rough brown hands from the hard work they would carry out.

They would also have small, yet plump breasts. There is no reason to believe Mary would look any different.

The only sweeteners Mary would have access to came from natural dried fruits or syrup made from dates or figs. Sugar was considered such a luxury she may never have tried it.

As a result of this, it is likely Mary’s teeth were in much better condition than ours.

The Jewelry Mary Would Have Worn

In Mary’s culture, wearing jewelry was actually quite important. It was often used to make a big impact on the way people looked.

The more gold jewelry a woman would wear, the more likely it was that the girl came from an established family. It was also used as a way for women to show how decent and respectable they are.

With this in mind, we can assume Mary would have worn a lot of jewelry. The types of jewelry Mary could have worn included heavy swinging gold earrings and a golden nose ring.

Gold earrings would have been a crucial part of Mary’s dowry, so they would be as impressive and flashy as her family could afford.

The chances of her wearing a golden nose ring are a little less likely, but there is still a good chance this is a piece of jewelry she might have worn at some point in her life. You won’t see any nose rings on a statue of the Virgin Mary though.

What Clothes Did Mary Wear?

The clothes in Mary’s generation are very different from the clothes we wear today. Mary’s clothes will have been produced using homespun linen or wool. She will have woven these materials herself.

Women of her time wore practical loose-fitting dresses in plain colors that could be produced using natural dyes. These colors would have been pink, soft gray-blue, pale brown, and cream.

The fabric used to make the clothes heavily depended on the time of year and the season. In the winter months, heavy wool was used. Light wool and if you were rich enough linen would be used in the summer months.

Mary’s dress will have been tucked into a waistband as she worked.

Women from the Mediterranean were famous for their embroidery skills, so the chances are both Mary’s dress and her waistband were embroidered with colored geometric patterns. Families with more money could avoid brighter colors.

What Language Did Mary Speak?

Though it isn’t directly linked to how Mary looked, language is an important part of anybody’s life. It is part of what makes us who we are. For that reason let’s take a look at what language Mary spoke.

The language Mary of Nazareth spoke was Aramaic. The Aramaic language is a very poetic language. However, Mary spoke this language with a Galilean accent which was disdained by sophisticated Jerusalemites.

Talking well has always been regarded as an important skill amongst the Jewish people, and it is believed Mary could talk all day long.

To develop her ability to talk clearly, Mary would have to learn stories, poems, and prayers by heart rather than by reading.

In fact, Mary wouldn’t have read at all as it was seen as something only men should do. It was seen as unnecessary for women in small communities like that in Nazareth to read.

On the other hand, men were forced to read.

There you have it. This article has given you as much information as it possibly can regarding Mary of Nazareth’s appearance.

While we can’t be conclusively sure what Mary looked like, taking into account where she came from and Bible readings, we can get a pretty good impression.

Hopefully, now you’ve read this article you have a much better understanding of where Mary came from, what she looked like, and the clothes she may have worn.

There is much more to learn about Mary of Nazareth, but this has been a great starting point. Now, why not continue learning about Mary, so you can develop your knowledge even further.