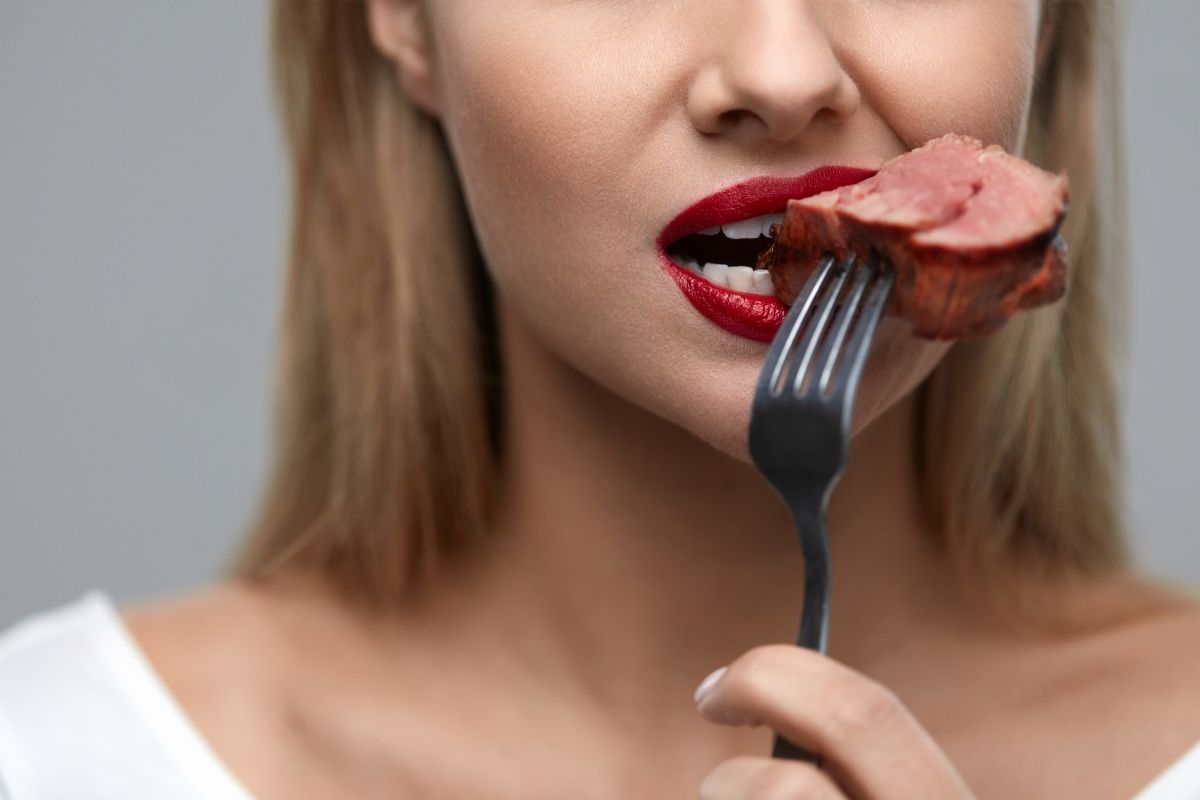 These days, vegetarianism is on the rise, and there are so many more vegetarian dishes and options available.

The awareness around our consumption of meat has largely increased due to climate change, and the impact that the meat industry has on global warming.

However, there are many other reasons why people choose to become vegetarian, not least of which is their faith.

But what about Christianity?

Most Christians around the world do eat meat, but what does the Bible teach us about this subject? And did Jesus eat meat himself? Since we can all learn so much from his example, it is important to take a closer look.

“I give you every seed-bearing plant on the face of the whole earth and every tree that has fruit with seed in it. They will be yours for food. 30 And to everything living, including animals, birds, reptiles, and fish, I give every green plant for food.” (NIV)

The beginning is always a good place to start, and “in the beginning” it seems that God did not intend for us humans to eat meat or fish.

The first chapters of Genesis portray the animal kingdom as equal to humans in the eyes of God since all were created by his loving hands.

In this extract, God gives us fruits, seeds, plants, and herbs to eat, and he gives exactly the same to all animals on earth as well.

“The fear and dread of you will fall on all the beasts of the earth and on all the birds of the sky, on every creature that moves along the ground, and on all the fish in the sea; they are given into your hands. Every moving thing that lives shall be food for you.”

Not long after the fall, however, it seems that the message from God shifts and that in his eyes, humans are above other creatures – special, because we are made in his image.

This particular verse in Genesis seems to imply that it is the right and natural order of the world that we should consume meat and fish and birds. Here, those creatures are portrayed as gifts from Heaven to keep us happy and healthy.

“Tell the whole community of Israel that on the tenth day of this month each man is to take a lamb for his family, one for each household.

If any household is too small for a whole lamb, they must share one with their nearest neighbor, having taken into account the number of people there are.”

As we move through the Old Testament, the references to meat eating become more specific, particularly in this verse from Exodus relating to the feast of the Passover.

Far from the Bible stipulating a vegetarian diet, Moses is told exactly how the sacrificial lambs should be prepared to honor God.

However, there is another subtle interpretation that often gets missed in this verse. God says that if a family is too small for a whole lamb, they should share with a neighboring family.

Here, the message is about moderation. Far from the excessive amounts that we eat today, and the awful waste of food that we are all guilty of contributing to, God says that you should only kill and cook what you need.

No animal should be killed needlessly, as so many are in the farms and abattoirs of the modern meat industry.

This verse from Leviticus is one of the most famous and commonly debated in the Bible in regard to this topic. In it, God specifies which types of animal flesh constitute unclean foods.

Interestingly, we Christians do not tend to adhere to the guidelines laid out as we eat poultry, rabbit, and all kinds of meat. Jewish believers follow these guidelines much more closely and stick only to kosher meats.

“Winged insects are permissible if they have joints in their legs above their feet, but if they have four wings and fly then they are to be regarded as unclean because they are flying creatures.”

This reference to winged insects is thought to indicate how God did not wish for humans to eat birds of any kind. The distinction of the leg joints seems to be a specific attempt to distinguish winged insects from birds.

“You must not eat the blood of any creature because the life of every creature is its blood. Whoever eats it must be cut off.”

Leviticus is full of contradictory messages about the Lord’s stance on meat eating, however,  since there is later this verse stipulating how the blood of no creature should be consumed.

This is the reason why in Judaism and Islam, animals are bled out before their meat is considered clean enough to eat.

However, this kind of death is very painful and causes the animals much suffering, which goes against the principle teachings of Christianity – that we should not cause needless harm or hurt to any of God’s creatures.

“The wolf will dwell with the lamb, and the leopard will lie down with the kid; the calf and the young lion and the fatling together; and a little child will lead them.

There will be no violence nor will there be theft in the land, for the earth will be filled with the knowledge of the Lord and he will surely repay her.”

In Isiah, this beautiful verse seems to suggest that no living thing is higher or better than any other living thing and that no creature should harm or threaten any other.

Whilst eating meat is something that many animals do naturally, no other animals on earth farm and kill other creatures in the quantities that we do.

The meat industry is guilty of awful cruelty and excess, which is certainly not what the Bible teaches.

“And while they still did not believe it because of joy and amazement, he asked them, “Do you have anything here to eat?” They gave him a piece of broiled fish, and he took it and ate it in their presence.”

This verse from Luke 24 shows us how Jesus himself ate fish. There is no mention of Jesus eating meat or poultry in the Bible, but he seems comfortable with eating fish and certainly surrounded himself with lots of fishermen.

“After he had left the crowd and entered the house, his disciples asked him about this parable. “Are you so dull?” he asked. “Don’t you see that nothing that enters a person from the outside can defile them?

For it doesn’t go into their heart but into their stomach, and then out of the body.” (In saying this, Jesus declared all foods clean.)”

And finally, this verse from Mark 7 Jesus suggests that the eating of certain foods can never be thought of as sinful since it is an external entity, and sins occur within our souls.

The Bible’s teachings on meat eating are contradictory and complex.

Whilst at certain times it seems to suggest that no human should kill or eat another of God’s creatures, there are times when meat eating is directly encouraged (as in Exodus 12), and Jesus himself ate fish with his disciples.

What is always consistent, however, is the idea that we should not overindulge or eat to excess, that we should treat the animals we do kill with respect and never be wasteful.

In this modern world, these are teachings that many of us could learn from.