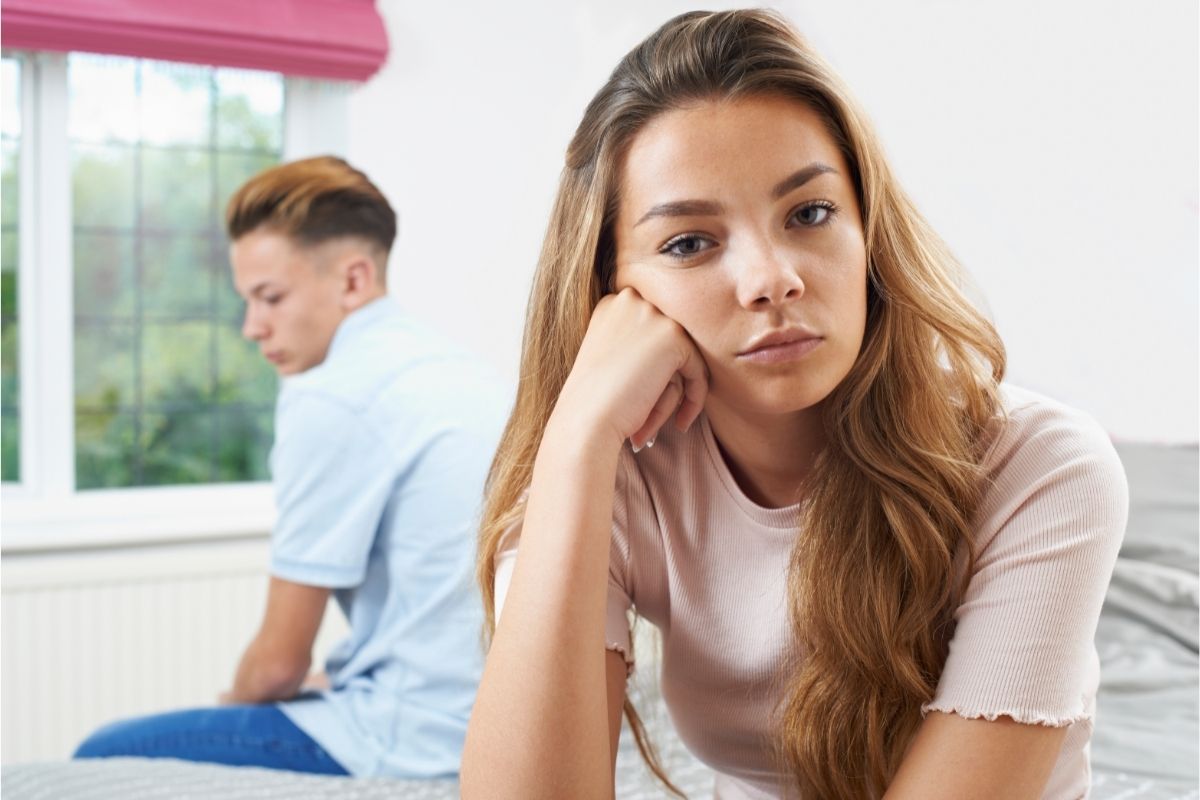 Is cohabitation a sin? The Catholic Church has always taught that marriage is between a man and woman.

In recent years, however, some theologians have begun to question whether or not cohabitation is sinful.

According to the Catechism of the Catholic Church, the only legitimate form of sexual relations is between a man and a woman who are married to each other.

Cohabitation is considered a gravely immoral act because it violates God’s plan for human sexuality.

Cohabitation is a serious sin because it undermines the institution of marriage and leads to divorce. If you live together without being married, you are living in adultery.

Living Together Before Marriage

You don’t need to look very far to see that marriage is often described in the Bible as beautiful and sacred. There are also many parts of the Bible that discuss sexual sins, including premarital sex and infidelity.

But, what about cohabitation before marriage? As Catholics, we know that marriage is a lifelong commitment, and we should be faithful to our spouses. But, we ask the question – why?

Is Cohabitation A Sin?

The Roman Catholic Church forbids living together while having premarital sex because it condemns all couples who do so to mortal sin (partake in sex outside of married life).

The good of each other and the transmission of life are two values that sacramentally married couples emphasize, but they are not mutually exclusive.

If two people are willing to live together in a situation where they are not practicing one of the two values of marriage, which is failing to marry before their marriage even begins, then they are living in a state of serious sin.

There is nothing wrong with two people wanting to fully and freely give themselves to another person; the problem is that their desire becomes confused when they attempt to combine a free and totally giving self with a partial and ultimately unfulfilling aspect of living together (i.e., marriage).

Can We Live Together But Not Sleep Together?

Living together before marriage can be a very easy way to commit sins, as it avoids lots of “what-ifs,” specific details, and gray areas that don’t really add anything to the core points of this topic.

Although there are a variety of seemingly compelling secular reasons for living together before marriage (such as convenience), all of them can be convincingly disproven.

What The Bible Says About Living Together Before Marriage

Sex is not a sin; rather, it is a gift from God. All who are called to the Christian vocation of marriage should be open about their sexual intimacy.

There is, however, a proper time to participate and an order in which everything else must be done, just like with any gift we receive.

The following Scripture verses are shockingly honest and can be stunning when compared to common cultural practices like living with someone before marriage.

Due to the fact that we live in a culture that views living together as a “trial” or a prelude to marriage, it can be difficult for people who don’t believe in God to understand that this is really a commandment from Jesus.

Four Bible Verses about Living Together Before Marriage

“For from the heart come evil thoughts, murder, adultery, unchastity, theft, false witness, blasphemy. These are what defile a person, but to eat with unwashed hands does not defile.”

You’re opening the door to a great temptation of sexual relations by cohabiting, whether you intend to or not. So, what does the Bible say about dating and living together?

This is likely naive, even if you tell yourself that you will “never” give in to those temptations. Fornication is a topic that the Bible doesn’t mince words about.

While it may not be what you expected to hear, these passages should be interpreted with caution. God knows what is best for us, and his rules are set in place for our own good.

Because we want to be a part of God’s kingdom, making decisions that could lead us away from it should be avoided.

Keep in mind that, while it may seem strange to hear, Christian faith doesn’t always require us to do the easiest thing, rather the right things.

I warn you, as I warned you before, that those who do such things will not inherit the kingdom of God. In contrast, the fruit of the Spirit is love, joy, peace, patience, kindness, generosity, faithfulness, gentleness, self-control. Against such there is no law.”

Premarital sexual activity is mentioned in this Bible passage as a form of sexual immorality. Living together does not have to imply that you’re having sex every day, however it does place you in a position where being intimate with someone else is much easier.

It’s a sin of scandal, and it’s very real. Read this first if you’re considering living with your partner. Ask yourself if it’s worth the risk of losing your soul.

And if you’re interested in reading more Bible passages, here’s one that might help you remember the Holy Ghost’s power. If you’re struggling with sin, don’t be afraid to turn to God.

“Can a man take embers into his bosom, and his garments not be burned? Or can a man walk on live coals, and his feet not be scorched?”

Sin is a serious topic that should not be taken lightly. It is impossible for a serious sin against God to not harm us. However, as we’ve seen, a person who commits a serious sin can still be protected from harm.

“Why Is Living Together Before Marriage Is A Sin?”

The Church’s teaching on cohabitation is not an “arbitrary” rule. Living together before marriage is a sin because it violates God’s commandments and the law of the Church.

“What Does The Bible Say About Living Together Whilst Engaged?”

The bible does not mention engagement specifically. It does not say living together is a sin. It does state quite clearly that if a man rapes a woman (or girl) he must marry her. Raping, having non-consensual sex before marriage, is okay as long as you marry her after.

“Is Cuddling Before Marriage A Sin?”

The Bible never says that is a sin, so, it isn’t. The Bible speaks of premarital sex as a sin. Not kissing and cuddling.

For the sake of both spouses and the transmission of life between them, married people join together bound as one person.

Because they were created to live together in marriage, these values cannot be separated from one another. To ensure their effectiveness, sacramental marriage is required.

If they’re isolated, they can have a negative impact on your spiritual life, which could have an adverse effect on your marriage.

The Catholic Church does not invent new teachings. It only depicts Jesus’ original teachings. Cohabitation before marriage is not new; however, Jesus Christ taught it to us.

The expectations and norms of society have changed over time, not the Church’s assertions about what is best for our souls and wellbeing.

This does not mean that the teaching is insignificant; rather, it demonstrates God’s desire and wish for those of us who have been called to marriage.