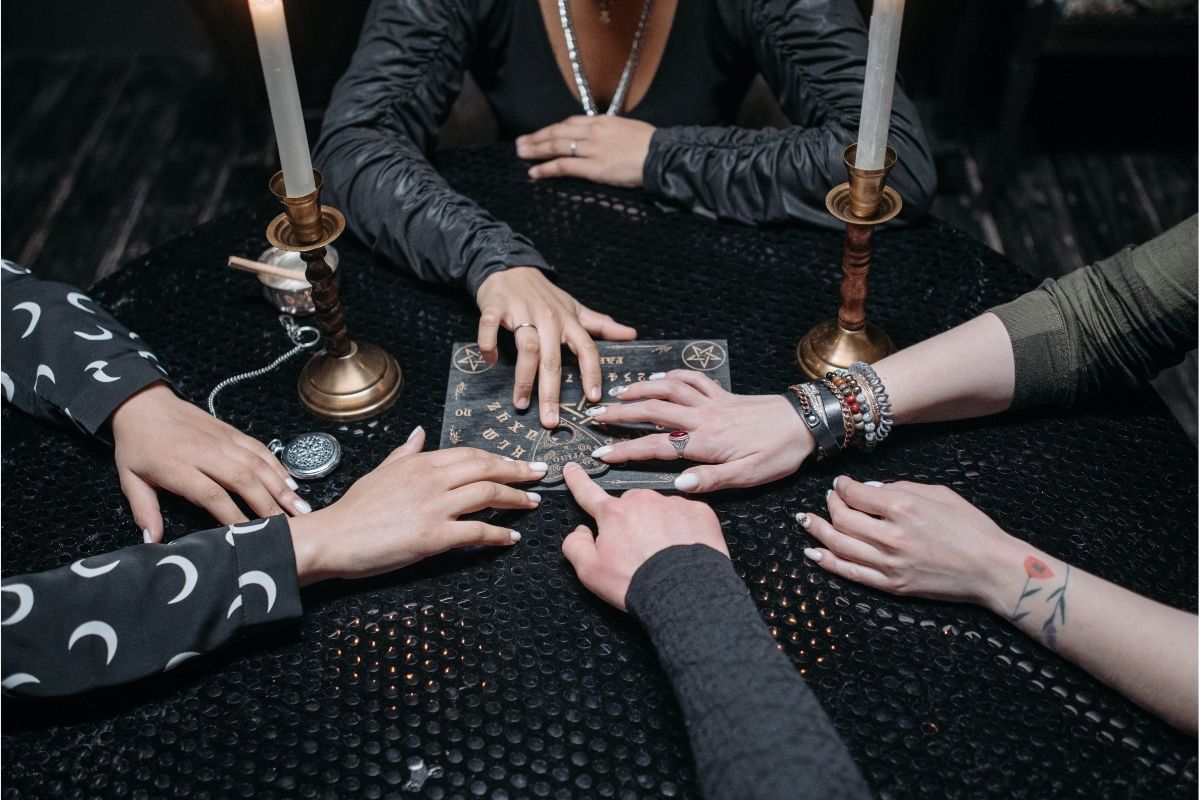 Mediums, spiritists and psychics are quite common in modern times. Many people are tempted by them because they want to hear from a loved one who have passed away.

Contents show
1 What Does The Bible say About Mediums? And How To deal With Them.
2 What Will Happen To You If You Engage With A Medium…
3 Final Thoughts

Others seek them out for help making important life decisions. Still others go to them because they’re lonely and desperate.

This can seem like a harmless practice or pastime, but what does the bible say about Mediums, spiritualists and psychics? Read on to find out Christianity’s take on those who claim to be able to commune with the dead.

What Does The Bible say About Mediums? And How To deal With Them.

We should exercise caution when dealing with mediums because they are liars and deceivers. Mediums speak their native language, which is the language of deception.

They do not hold to the truth. Instead, they are liars and the fathers of lies. We are aware that Satan is a liar and deceiver, and has even tried to deceive Jesus, the Lamb.

When recounting encounters with Satan, Jesus says – “You belong to your father, the devil, and you want to carry out your father’s desires.

He was a murderer from the beginning, not holding to the truth, for there is no truth in him. When he lies, he speaks his native language, for he is a liar and the father of lies”.

This passage can be found in John 8:44 NIV. So, Satan is trying to deceive humans through mediums and psychics, or may even be deceiving the mediums themselves into believe that they have the ability to commune with the dead.

This argument is backed up by the scripture. We are warned by Paul in 2 Corinthians 11:14 NIV that Satan is able to appear as a being of light – “And no wonder, for Satan himself masquerades as an angel of light.”

Similarly, mediums and spirit channelers are often adept at looking like the  holy, loving light in times of darkness and despair.

The Bible also says that Satan’s deception will increase and intensify when we are getting closer to the second coming of Jesus.

This warning from John and Paul can be found in Matthew 24:24, which says – “For false messiahs and false prophets will appear and perform great signs and wonders to deceive, if possible, even the elect” and “The Spirit clearly says that in later times some will abandon the faith and follow deceiving spirits and things taught by demons” 1 Timothy 4:1 NIV.

From this, we can take that the deception of mediums has always existed, but our access to them is now so much easier, as you can find a spiritual reading with just a click.

So, we can gather from these bible verses that mediums are deceptive people who use tricks to fool people into believing that they have supernatural powers.

This is why mediums are often called fake or fraudulent mediums. People should be aware of these types of mediums because they might lead you astray.

We should be skeptical and cautious about any claim to contact with spirits or to know the future. There is nothing new here, and there is nothing new about God’s warnings, and a small faction of people have always worked to deceive the rest of humanity for their own gain.

Avoid spiritualists, mediums, psychics, and similar claims of contacting souls that are beyond the veil.

What Will Happen To You If You Engage With A Medium…

There is information in the bible that tells you what could happen to you if you engage with the deceit of Satan, and mediums.

The first thing that happens is that you will lose your relationship with God. You will become spiritually blind, and unable to see anything outside yourself.

In other words, you will no longer be able to hear God’s voice. If you continue on this path, then you will eventually end up in hell.

This can be seen in stories from the Old Testament, such as the story of the Israelites. When they were preparing to voyage to the Promised Land, the land was already inhabited by a community of people who practiced all sorts of activities that were forbidden by God, and were therefore abominable.

Repeatedly, through Moses, God warned His people not to engage in these practice, or integrate them into their religion, as temping as the practices would seem.

Everyone wants to contact dead loved ones, or know about the future, or find out their fate – but there are dire consequences of these actions.

God is very clear that He has forbidden occult practices, as found in this passage of the Bible.

“Let no one be found among you who sacrifices their son or daughter in the fire, who practices divination or sorcery, interprets omens, engages in witchcraft, or casts spells, or who is a medium or spiritist or who consults the dead.

Anyone who does these things is detestable to the Lord; because of these same detestable practices the Lord your God will drive out those nations before you.”

Because of the common incidence of these practices, God eventually commands Israel to destroy the Canaanites, and rid them from the land that is destined to become Israel.

This is how dangerous the practices can be – and there is a holy need to eliminate them, even at the cost of the destruction of nations.

The people who were living in the Promised Land initially were far away from the voice of God, and had strayed away from His light, through these abominable practices.

They never got to heaven, but His people, who managed to resist Satan’s temptation, do reside in the Eternal City.  These are very serious consequences, and you need to avoid engaging with mediums.

In conclusion, I want to emphasize that the bible warns us against mediums, and gives us some guidelines on how to identify them.

The bible also provides us with a warning about the dangers of engaging with mediums. Many people have been deceived by mediums, and lost their faith in God because of it. I urge you not to fall prey to deception.