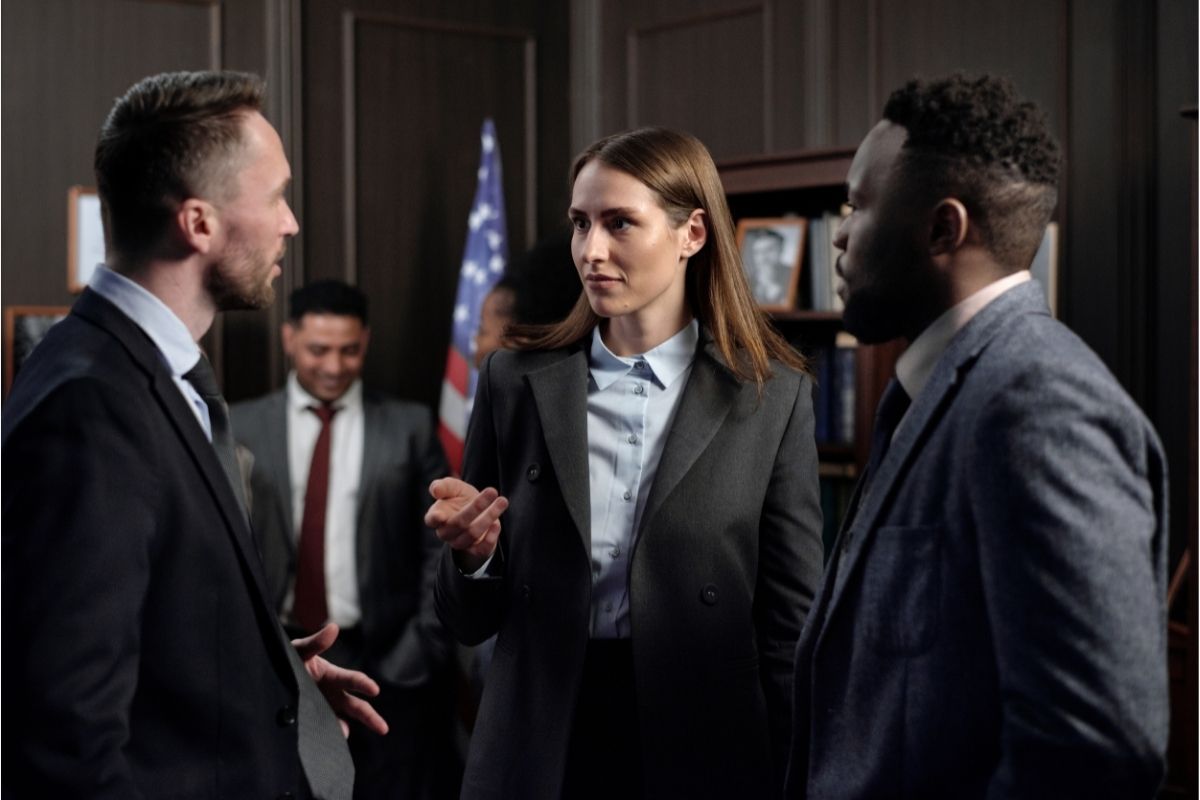 The US has had a tumultuous history since its founding. From slavery to civil rights, the country has seen some major changes over time.

Many Americans believe that the country is headed in the wrong direction, and they want change.

The Bible says that God created man in his image, and he gave him dominion over the earth (Genesis 1:26). This means that humans should rule themselves, not other people.

In addition, the Bible teaches us that the government should be limited to protecting individuals from harm and providing justice.

God’s Word also tells us that we should love our neighbors as ourselves (Leviticus 19:18), but many politicians have taken this verse out of context.

They use it to justify discrimination against homosexuals and immigrants. The Bible also commands us to care for widows and orphans (Deuteronomy 25:4-6) and to obey the laws of the land (Romans 13:1-7).

But what about when governments oppress their citizens? What if they abuse power? How can Christians vote for such leaders? Read more below to find out.

The Bible has always been controversial. Some say it should be taken literally, while others see it as a book of myths and legends. What does the Bible really teach us about politics?

The Bible is a collection of books written over hundreds of years by various authors. There are some parts of the Bible that are considered sacred and holy, such as the Ten Commandments or the Sermon on the Mount.

Other parts are considered mythological or allegorical, such as the story of Noah’s Ark.

Some Christians believe that the Bible teaches them how to live their lives and how to conduct themselves in society.

Others believe that the Bible is a guidebook for living a moral life. Still other people consider the Bible to be a historical record of events that happened long ago.

In this article we will look at the political views of the Old Testament prophets. We will also look at the New Testament writings of Jesus Christ and Paul the Apostle.

Politics In The Old Testament

The Old Testament contains many stories about kings and kingdoms. These include stories about David and Solomon, Israelite kings who ruled before King Josiah (2 Kings 22-23).

In addition, there were several prophets who wrote about what would happen if Israel did not obey God’s laws. They warned the nation of Judah about the consequences of sinning against God.

Many of these prophecies have come true. For example, Jeremiah predicted that Jerusalem would fall into enemy hands. He said that the city would become desolate and destroyed.

This prophecy came true when Babylon captured Jerusalem in 586 B.C.E.

Another prophet named Ezekiel foretold that the Jews would be exiled from their land. He told them that they would go to another country called Babylon.

They lived there until Cyrus, king of Persia, allowed them to return home in 538 B.S.E.

This event took place during the time of Jesus Christ.

The Old Testament prophets had strong feelings about the government. They believed that the leaders of the Jewish nation needed to follow God’s law. If they didn’t, then the nation would face certain destruction.

The prophets also criticized the rulers of their day. They accused the priests and magistrates of being corrupt and greedy. They even claimed that they used religion to gain power.

The prophets asked the people to repent and turn away from evil ways. They urged the nation to obey God’s commandments.

The prophets were often persecuted because of their beliefs. Sometimes they were killed. But they continued to warn the people of God’s coming judgement.

Some of the most famous Old Testament prophets included Isaiah, Jeremiah, and Ezekiel. Their messages were recorded in the book called “The Holy Scriptures” which is now known as the Bible.

The Bible says that these prophets were chosen by God to speak for him. It says that they were special messengers sent to help guide the people of God.

The Bible tells us that these prophets were very wise men. It says that they knew how to interpret the signs of God’s actions and inform their people of what God wanted and what was to come.

The politics of the Old Testament was often very confused because of its depiction of the way in which Kings could rise who were unlike our conception of a modern Christian politician and do things that we would not consider a modern politician able to do.

Now that we have explored how the Prophets of the Old Testament deal with the politics of their time, let us look to see how politics in the New Testament can help us today.

Politics In The New Testament

Jesus is so often invoked in modern American politics and for good reason. The world of politics, both in the USA and elsewhere can at times be murky but the Lord and Jesus Christ allows for true certainty.

The teaching and examples of Jesus allow for us to know exactly how to act and how those in power should act.

Jesus lived and died for our sins and his examples of protest and non-violence were ones that were followed by subsequent politicians both in America and around the world.

His example is the one we should follow, for whilst the Old Testament contains many kings like Solomon and David who were wise in how they used politics, Jesus’ example is not only the most recent but also the most important for ensuring that when we engage in political action we do so in a Godly way.

Jesus told us to not attempt to remove politicians by force because their presence – for good or ill – was ordained by God and that the only true course of action was to change the minds of people by persuasion and kindness – attributes that are truly needed in today’s political climate.

The Bible is our guide through so many parts of our lives. It gives us moral certainty and a clear indication as to what is right and wrong.

By following the light that is sent to guide us we can be certain that we will ensure that however we vote we will be doing so in accordance with God’s wishes.