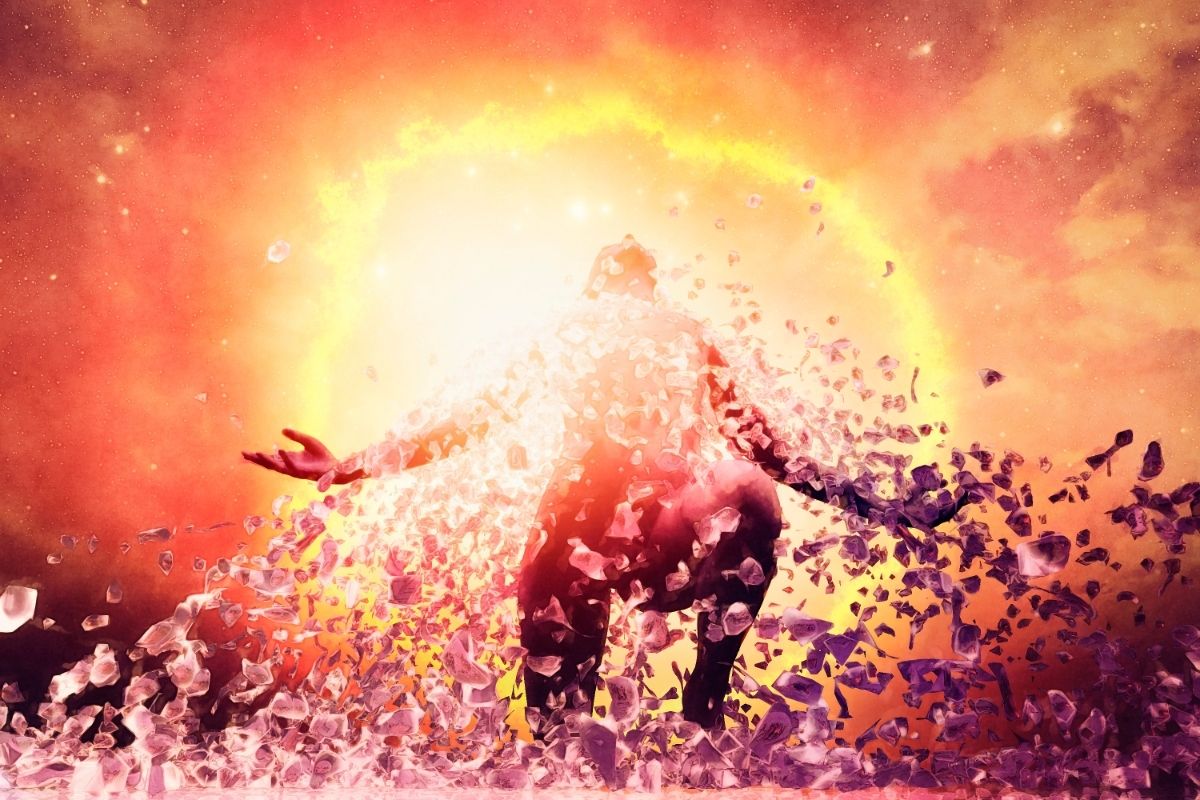 Throughout the bible, it is made clear that we only have one life in the mortal realm, before we are to receive our eternal judgment (which is based on whether we accepted Jesus Christ and our Lord God into our hearts during our lives).

Generally, the whole thrust of the Bible seems to be against reincarnation, as humans are a special. We are created by God, in His image, and are made up of both a material body and an immaterial spirit or soul.

This article will investigate what the Bible actually says about reincarnation, as well as what is supposed to happen to our material body and immaterial soul after you die. Read on to find out more.

What Actually Is Reincarnation?

Reincarnation is a key belief of multiple global religions, such as Buddhism, Jainism, Hinduism, Kabbalah Judaism, and Sikhism.

Typically, reincarnation is classed as the rebirth of an individual’s soul into a new body, usually without carrying any knowledge, memories or other markers of past lives into the body.

What Does The Bible Have To Say About Reincarnation?

Reincarnation is a belief that was common among ancient civilizations, and would have been a contemporary belief around the time that those who write the bible were alive – meaning that they would likely have encountered people from early versions of the religions that were listed above, and come across those who held the belief that the human soul does get reincarnated after bodily death.

The bible mentions reincarnation in many passages – showing that it was a very common belief carried in ancient civilizations.

In fact, the idea of reincarnation was used by the early Christians when they believed in the resurrection of Christ.

However, the Bible says that we only have one life on Earth. We do not come back to live another life if we choose wrong or if we fail to accept Jesus as our savior.

There are a number of biblical thoughts on the subject of reincarnation, here are some of the most prevalent, proving that, for Christians, you only get one life on earth:

“And just as it is appointed for man to die once, and after that comes judgement.”

“He remembered that they were but flesh, a passing breeze that does not return.”

“Like water spilled on the ground, which cannot be recovered, so we must die. But that is not what God desires; rather, he devises ways so that a banished person does not remain banished from him.”

“When people are afraid of heights and of dangers in the streets; when the almond tree blossoms and the grasshopper drags itself along and desire no longer is stirred. Then people go to their eternal home and mourners go about the streets.”

“And he will go on before the Lord, in the spirit and power of Elijah, to turn the hearts of the parents to their children and the disobedient to the wisdom of the righteous to make ready a people prepared for the Lord.”

“But I tell you, Elijah has already come, and they did not recognize him, but have done to him everything they wished. In the same way the Son of Man is going to suffer at their hands.”

“But the cowardly, the unbelieving, the vile, the murderers, the sexually immoral, those who practice magic arts, the idolaters and all liars they will be consigned to the fiery lake of burning sulfur. This is the second death.”

“This is what the LORD says he who made a way through the sea, a path through the mighty waters, who drew out the chariots and horses, the army and reinforcements together, and they lay there, never to rise again, extinguished, snuffed out like a wick.”

Some Major Problems With Reincarnation?

As those passages prove, there are some major biblical issues with the concept of reincarnation, as even the belief in it is ungodly, and goes against the Lord.

Those who believe in reincarnation may face a ‘second death’ in hell for their belief.

A large proportion of Christians believe that reincarnation is a very cruel concept. This is because death is painful enough without having to go through it over and over again.

Heaven is a beautiful place. If death happens indefinitely, then you are just indefinitely increasing the suffering, both of each individual soul when they die, and that of friends and family, who have to go through so many losses.

Heaven should be a lot better than life down here on earth, so we should be content knowing that we are going to the Eternal City, rather than just being destined for another life on earth.

This is because life is full of hurt and loss, pain, sickness, suffering, disease, and different ages.

Enduring countless lives full of this suffering would be cruel – and could never be part of God’s divine plan for humanity.

People who believe in reincarnation often say that it gives them hope that they’ll be reborn into better circumstances.

But, reincarnation doesn’t really solve the problems of sin or the issue of knowing how to overcome the cycle of reincarnation and earthly suffering.

Even though you may live many lifetimes, you still cannot escape the burden of sin.

In fact, it could even be compounding the problem of sin, especially if one sin from one life is carried onto the next life, even though you have no other memories from that life, and you could end up carrying around the sins of previous lives.

Reincarnation is an interesting concept, but it doesn’t make sense.

Belief In Reincarnation And Christianity

Reincarnation is an appealing idea, but it also has some unpleasant implications. Christians should be aware of these implications when thinking about this topic.

Reuniting with loved ones in heaven is much better than reincarnating again.

Probably because of this, there are a lot of Christians that do believe in reincarnation – back in 2015, surveys found that there was a whopping 25% of all Christians that held the belief.

In conclusion, though reincarnation is a fascinating and appealing concept, the bible does not teach it – meaning that there is no kind of mainstream Christian or Jewish religious group that believes in reincarnation.

There are actually a lot of passages in the bible that teach several ideas that are totally contrary to the concept of reincarnation.

Christians should stand strong in the face of belief in reincarnations – in reality, if reincarnation was real, it would be cruel, having someone live different lives over and over again, with no chance for growth or peace.

That being said, Christians should always show love to those of other religions, who do believe in reincarnation. Love is the whole basis of our religion!