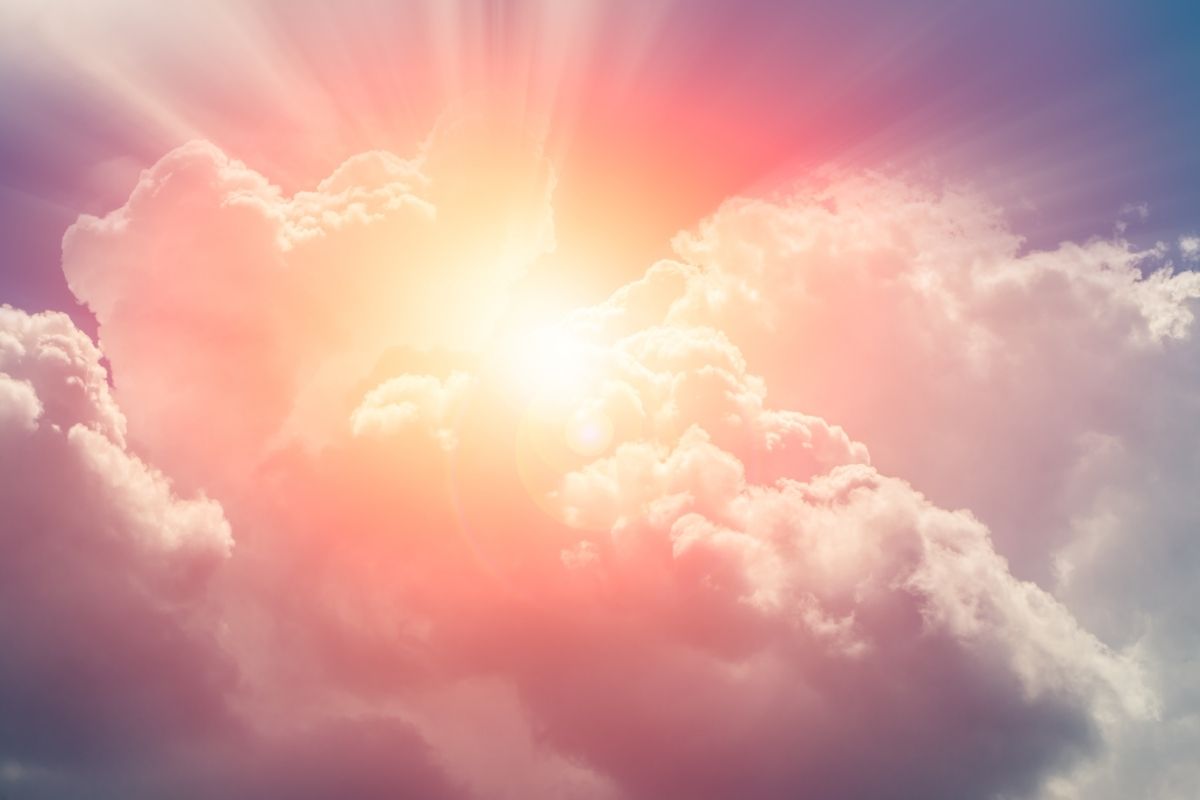 The question of what does God look like is one that has been asked for centuries and will continue to be asked as long as there are people who have a need or desire to know the answer to this question.

Contents show
1 What Does God Look Like In The Revelation?
2 The Use Of Jasper
3 God Is Light
4 God Is Described As A Consuming Fire
5 Final Thoughts

The question itself can be answered in many ways, but I am going to focus on a few different answers to this question, which are interlinked, and crop up multiple times in the bible.

Together, we will look at quotes from the scripture, and analyze them to glean the full meaning. Read on to find out what the Bible says about the appearance of God.

John saw God as he wrote about him in the book of Revelation, in which he recorded the physical description of God. He wrote this whilst imprisoned on the Island of Patmos for his Christ.

John describes the psychical appearance of God in a way that matches his role on earth. The descriptive passage goes as such:

‘At once I was in the Spirit, and behold, a throne stood in heaven, with one seated on the throne.

This description ties into other passages from Revelations, where Jesus is shown as a leader of humanity in the last stages of his life.

It is not surprising that God is described as covered in valuable jewels, as he is a glorious, bejeweled leader of humanity. In the thrones, are the elders, who are humans that are incredibly godly, but still do not reach His heights.

The Use Of Jasper

Jasper is used as a descriptor of God – which is telling, as light passes through it to shine brightly, like a diamond.

So, by the use of jasper, John is highlighting the shining radiance of God’s appearance and speaks of God’s dazzling purity in appearance.

Elsewhere in the Bible, in Revelation 21:11, John describes God as light. This passage goes as this:

‘This is the message we have heard from him and proclaim to you, that God is light, and in him is no darkness at all.’

So God is described as pure and shining bright. His brilliance shines through everything he does, and his presence is so powerful that nothing can stand up to him.

Light is the most important thing about God. He is light, and there is no darkness around Him.

This is a repeating theme throughout descriptions of God in the Bible:

— John 1:5 (ESV) Those who encounter God often experience the light that surrounds Him

Tim. 6:16 Psalm 104:2 describes God as having light as a garment that surrounds Him. He is crystal clear and brilliant in His purity, and He wraps Himself with light.

The first act of God as Creator was to call light into being and separate it from the darkness. It reflects who He is.

Then God said, “Let there be light”; and there was light. And God saw the light, that it was good; and God divided the light from the darkness.

This is significant because it speaks of God’s beauty, holiness, and purity. God is good and has created mankind to live in the light. in his book in the bible, James describes God as the Father of lights (James. 1:17).

This means that there is no evil in Him at all – rather, He is all goodness. Every good or perfect thing is from heaven above, coming down from the Father of lights, whose light and goodness never changes.

It is important for Christians to live in the light, and the greatest blessing for a human is to have the light of God’s face shine on you.

When Aaron the priest blesses the people of Israel, he invokes the light of God, saying, ‘The Lord made His face shine upon you. And be gracious to you.’

Here humanity’s future is laid out as there is no night, and no need for a light source (such as the sun) because God Himself is humanity’s light.

God Is Described As A Consuming Fire

John described God’s appearance as sardius (Rev. 4-5), which is a term that we don’t use anymore.

It means a shade of deep red, and can be likened to the modern term carnelian, which is a stone with a deep reddish purple color.

Alternately, some say it could be very similar to the color of a ruby. This speaks of God’s fiery desire and burning passion, but also of God’s zeal for justice. God has a great love for His children, and He burns with an intense desire to save them.

John saw the God of sardius-like passion upon His Throne. He was a consuming fire and demanded absolute loyalty from His children. God.

God called His people to live in righteousness and justice. He wanted all the nations to be blessed. God’s demand for strong loyalty is a positive force, as it means He wants what’s best for us.

God’s desire for loyalty borders on jealousy, but not negative jealousy that humans are prone to. Instead, it speaks of his passion, fervor, and zeal for Humanity.

God’s jealousy is essential to His moral nature. God’s jealousy leads to worship and confidence in His followers, and fear in those who oppose Him.

In this passage, God’s appearance is described as resembling light and fire, with masses of holy fire surrounding His throne.

There are also multiple lamps of fire and seraphic beings (who are spiritual beings or angels, whose names literally mean burning ones) are ablaze before the throne.

There is also a sea of glass that is ablaze before the throne of God.

This description of God as a consuming fire crops up multiple times more in the bible.

Typically, whenever there is an encounter with God’s glory in the Bible, people will also see the manifestations of fire: which are present in the form of clouds, lightning, thundering.

For example, when Moses saw God on Mt. Horeb and saw His glory in the burning bush (Exo. 3:2, 6). Moses learned that God is a totally holy entity,  which is separate from humanity.

In conclusion, we think that the description of God as “light” is an important one. The Bible teaches us that God is light, meaning that He is pure, holy, and completely without sin.

He is also the creator of all things, and the only true way to know Him is to see Him as He really is. We are called to walk in the light, and to seek after truth. In doing so, we find our hearts filled with joy, peace, and love.