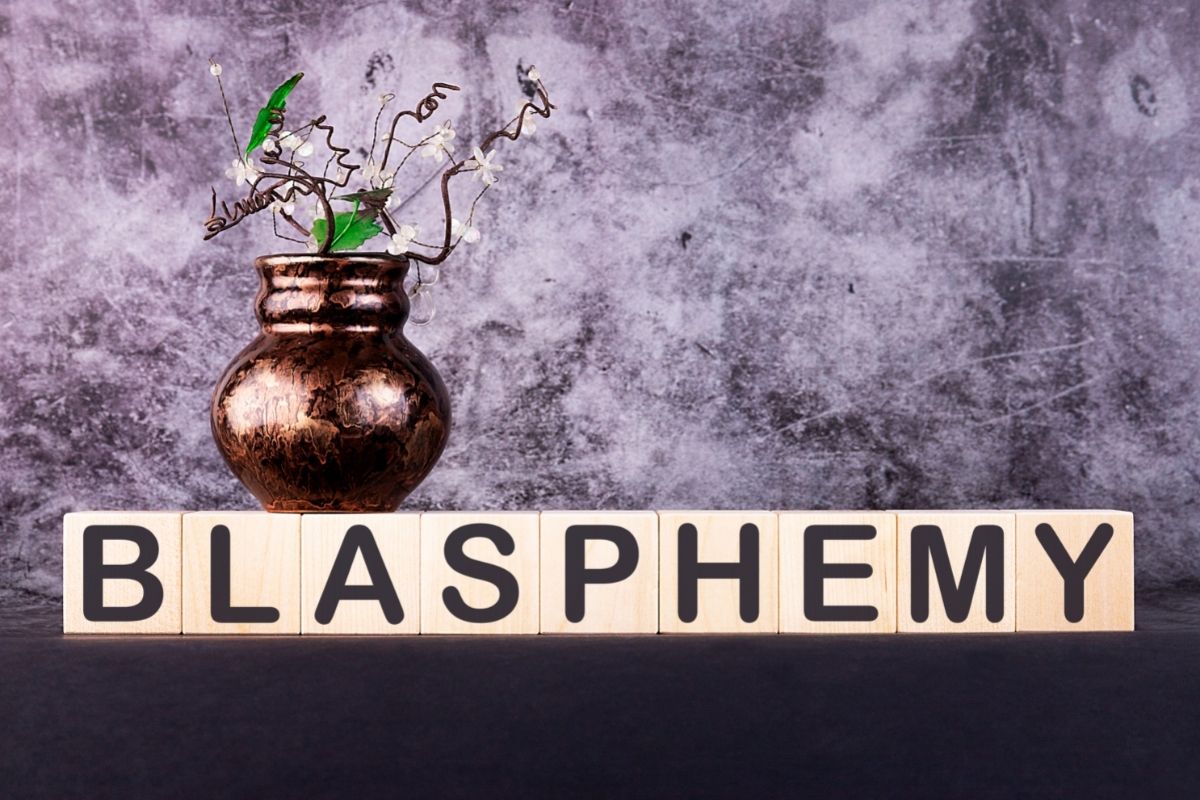 What does it mean to blaspheme the Holy Spirit? Is it something bad or good and does it come with repercussions?

Blasphemy is defined as an act of insulting or defaming God and his representatives.

In the Bible, the word blasphemer was used to describe those who committed such acts, with the Bible also telling us that blasphemy against the Holy Spirit is punishable by death. (Matthew 12:31)

But how do Christians view blasphemy and is there a way to seek God’s forgiveness? In the following article, we are going to take a look at blasphemy and its repercussions.

Blasphemy is commonly defined as the act of speaking negatively about God and his agents, with the term becoming synonymous with disrespect against God and Jesus.

The word itself comes from the Greek word ‘blasphemia’, which has since been translated from Latin to Old French and Middle English.

Blasphemy is now defined as showing a lack of reverence for the power or title of a deity.

In English, the word blasphemy now refers to the insult of God and his son Jesus Christ (or Allah and Muhammed) with the act being deeply offensive to followers of these religions.

In the United States and Britain, blasphemy is classed as a criminal offense, although there have been few persecutions in recent years.

In Islamic countries, there is no distinction between blasphemy and heresy, which means any rejection of the Prophet and his teachings is regarded as blasphemous, whether the blasphemer is Muslim or not.

What Does The Bible Say About Blasphemy?

According to some scholars, the term blasphemy has a very different meaning in the Bible, as there is no Hebrew equivalent for the word.

In fact, it could be said that our concept of blasphemy is completely absent from both the Old and New Testament.

For example, in the Old Testament, the term blaspheme is used when people refer to God as an object. But there is no special word for any insults against the Lord himself.

However, this does not mean that cursing God is acceptable, as insulting the Lord is still considered a grave sin through the Bible’s teachings.

In fact, there is little that separates a sinner who openly abuses the Lord’s name and someone who deliberately renounces his commandments.

In both cases, the crimes are punishable by death, such as when the Israelites crafted the golden calf and were cast down for their sins:

But you are a forgiving God, gracious and compassionate, slow to anger and abounding in love. Therefore you did not desert them, even when they cast themselves an image of a calf and said, ‘This is your god, who brought you up out of Egypt,’ or when they committed awful blasphemies.

Blasphemy as a term appears in both the Old and New Testaments, where the word is defined as speaking evil of God and his Son. The word blasphemy can be found in Psalms, Isaiah and Romans.

However, in these instances, the term could mean the abuse and slander of God’s name. In the Bible, blasphemy is punishable by stoning, which led to the execution of the son of Shelomith.

Because of this charge, both the Lord and St. Stephen were condemned to death.

What Is Blasphemy Against The Holy Spirit?

Blasphemy against the Holy Spirit is first mentioned in Mark (3:22 – 30) and Matthew (12:22 – 32), where Jesus performs a miracle and removes a demon from a man’s body, curing his blindness and muteness.

Following the exorcism, the people begin to wonder if Jesus is the Messiah they have been waiting for, which leads to some conflict between the believers and a group of Pharisees, who attempt to quell the rumors:

In many ways, this form of blasphemy is an open rebellion against God and his teachings, something that cannot be absolved with mere repentance. Among the Jewish community, it was treasonous to speak ill of God and his power:

Therefore, blasphemy against the Holy Spirit is only present when the slander implies that Christ’s power is demonic in origin.

The Pharisees were given a divine being and should have recognized his power, especially after he exorcised a demon and cured the blind and sick.

However, they were untrusting of Jesus and associated him with evil spirits and the power of the Devil.

Examples Of Blasphemy In The Bible

Idolatry is considered a form of blasphemy because it wrongly attributes worship and faith to a statue or idol that is not God.

When we find faith in something that is not God, we are committing blasphemy, as we have not praised God and given him our reverence.

In Galatians, the apostle Paul states that when someone ‘thinks that they are something when they are actually nothing, they deceive themselves.’

The same can be said of anyone who lives their life as if they do not need God, which is blasphemous and an affront to his sovereignty.

False teachings and false depictions of God are blasphemous, as they do not reveal God’s true message and nature.

While idolatry refers to the worship of false depictions of God, false teachings change the very nature of God and make him conform to our own ideas.

Speaking against or insulting God is considered blasphemous and punishable by death. When we speak ill of God, we rebel against his power and teachings, which tell us to worship his light.

Speaking evil can also consist of cursing the Lord’s name and declaring yourself as a divine being.

While blasphemy plays an important role in the Bible and God’s teachings, there are different forms of blasphemy that need to be avoided.

For while indirect blasphemy can be forgiven by God and his mercy, blasphemy against the Holy Spirit cannot.

This means that you will be condemned for questioning God’s power and associating it with the power of Satan and his demons.