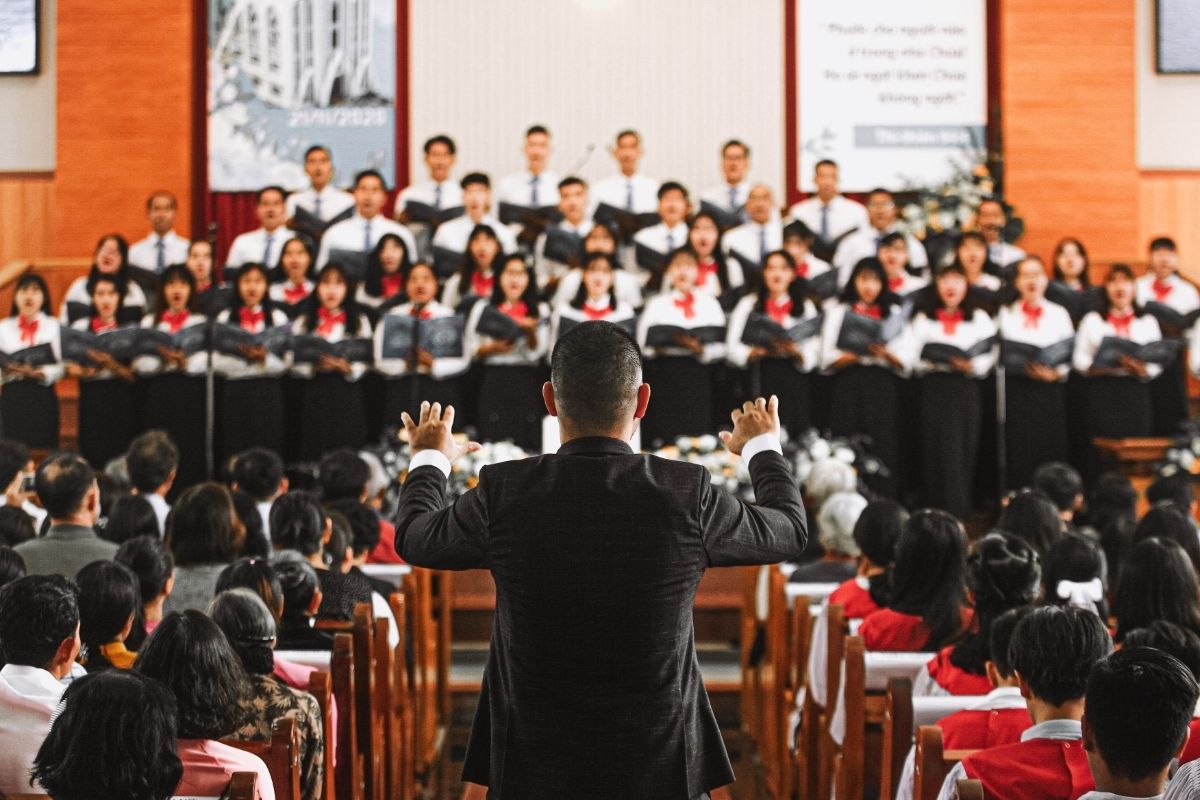 Almost all the earliest forms of music were written solely for the church or for some form of religious purpose. These pieces are known as sacred music.

Secular music, on the other hand, is a genre of music that has no religious or spiritual connotations. This type of music is often associated with modern culture.

The term was coined by French composer Claude Debussy who said he wanted his compositions to be “free from religious associations.” It is usually played at secular events such as weddings, funerals, and other social gatherings.

In this article, we’ll be taking a closer look at exactly what defines secular music, how it differs from sacred music, and finding some examples from throughout history to get a better understanding of what the term is all about.

Before we go into detail about each genre of music, let’s take a look at the basics.

First off, it’s important to understand the difference between secular music and sacred music. Secular music is simply music that doesn’t have a religious purpose behind it.

For example, if you hear someone playing “Happy Birthday” during your birthday party, that would be considered secular music because it isn’t meant to celebrate anything.

On the other hand, sacred music is music that is designed to make people feel closer to God, feel connected to other religious believers, or something else divine.

This could mean songs that are used in church services, hymns, or even music played before and after certain rituals.

As you might expect, secular music tends to be less formal than sacred music and can cover a wide range of styles and genres.

Long before the days of electricity and audio recording, music was played by musicians in live environments, before an audience.

There are two common roles in ancient history when it comes to these musicians, known as bards and troubadours.

A bard was someone who sang and performed poetry during public events. They would often accompany themselves on instruments like harp, lyre, flute, or pipe.

Troubadours were also singers who accompanied their songs with musical instruments. The key difference between the two is who they would most commonly perform to.

For example, bards would typically perform in public places for anybody who would listen, or in taverns and parties. Troubadours, on the other hand, performed mainly for the rich upper classes and royalty.

Both types of musicians were considered entertainers, but they also had a role in educating people through storytelling. These early musicians were not necessarily religious figures, but rather just performers.

As time went on, however, many of them began to turn towards religion and spirituality. This leads us on to sacred music.

As mentioned earlier, sacred music is any piece of music that is intended to have a spiritual or religious meaning.

These pieces are typically used in churches, synagogues, or just about any other kind of religious building and environment.

Some of the more popular pieces include hymns, psalms, and liturgical chants. Hymns are pieces of music meant to inspire praise and worship.

Psalms are prayers written down in verse form. Liturgical chants are sung in unison by large groups of people.

Throughout history, music has been closely tied with religion. Many religions have created specific genres of music to help people connect with one another and God.

Christianity, Islam, Judaism, Buddhism, Hinduism, and Sikhism are just a few examples of religions that have developed their own unique styles of music.

Many composers have also made significant contributions to the world of music, especially in the field of classical composition.

Beethoven, Mozart, Bach, Vivaldi, Handel, Chopin, and Brahms are just a few names you may recognize and many of their pieces were inspired by or written specifically for religious purposes.

In addition to this, some music can be found in almost every culture across the globe. It’s no surprise then that so much of our modern music is influenced by religious ideas.

From rock and roll to hip-hop, pop, jazz, blues, country, reggae, and even heavy metal, all kinds of music have roots in religion.

While we don’t always know what those roots are, we do know that music helps us express ourselves and connect with others.

Classical music is probably the best-known type of secular music. It’ll come as no surprise that this style of music originated in Ancient Greece.

Classical music is typically divided into four main sections: instrumental, vocal, choral, and orchestral. Each section has its own set of rules and regulations that govern how it should sound.

For instance, an orchestra must consist of string, brass, woodwind, and percussion instruments. A choir consists of exclusively vocal performances and is usually limited to soprano, alto, tenor, bass, baritone, contralto, and mezzo-soprano ranges.

An example of a vocal ensemble would be a mixed chorus that includes both male and female voices. An instrumental soloist would play only instruments such as flute, violin, clarinet, trumpet, trombone, piano, harp, guitar, etc

Rock music is a genre of music that started out in the 1950s.

Its origins can be traced back to the early days of American radio when DJs played songs from artists like Elvis Presley, The Everly Brothers, Chuck Berry, Buddy Holly, Little Richard, Jerry Lee Lewis, and Fats Domino.

These performers were known as “rockabilly” musicians because they performed fast-paced, hard-driving songs that featured electric guitars and drums.

By the 1960s, other types of music began to emerge including folk, soul, R&B, psychedelia, and punk. By the 1970s, these new forms of music had become mainstream and were being played on FM radio stations.

The 1980s saw the rise of grunge, alternative rock, and power ballads. The 1990s brought about a new wave of popular music including rap, house, techno, dance, and trance.

Hip hop was born in New York City in the late 1970s. One of the first hip-hop musicians to gain popularity was Grandmaster Flash who released his song “The Message” in 1979.

This song became one of the most influential hip-hop songs of all time. In 1984, Run DMC released their hit single “Walk This Way” which gave birth to the term “rap”.

Rap music evolved over the next few years until it reached the mainstream in 1989. Rap music quickly gained popularity throughout the world due to the emergence of successful rappers like LL Cool J, Ice Cube, Public Enemy, Eminem, Dr Dre, Jay-Z, and Kanye West.

Pop music is another form of popular music that emerged in the mid-20th century. It was originally developed by composers who wanted to create catchy melodies for singers to sing along with.

However, pop music soon grew beyond just creating catchy melodies. Pop music is now defined by its use of synthesizers, drum machines, and electronic sounds.

Some of the biggest names in modern pop include Michael Jackson, Madonna, Prince, Britney Spears, Katy Perry, Taylor Swift, Adele, and many others.

As you can probably tell by now, the term ‘secular music’ covers a very wide range of different styles, instruments, and genres.

In fact, the majority of the music you hear when you turn on a popular radio station is secular music. However, a lot of music is still written in the modern-day with religious inspirations and for religious purposes.

There’s definitely a place in modern society for both sacred and secular music to co-exist in harmony!