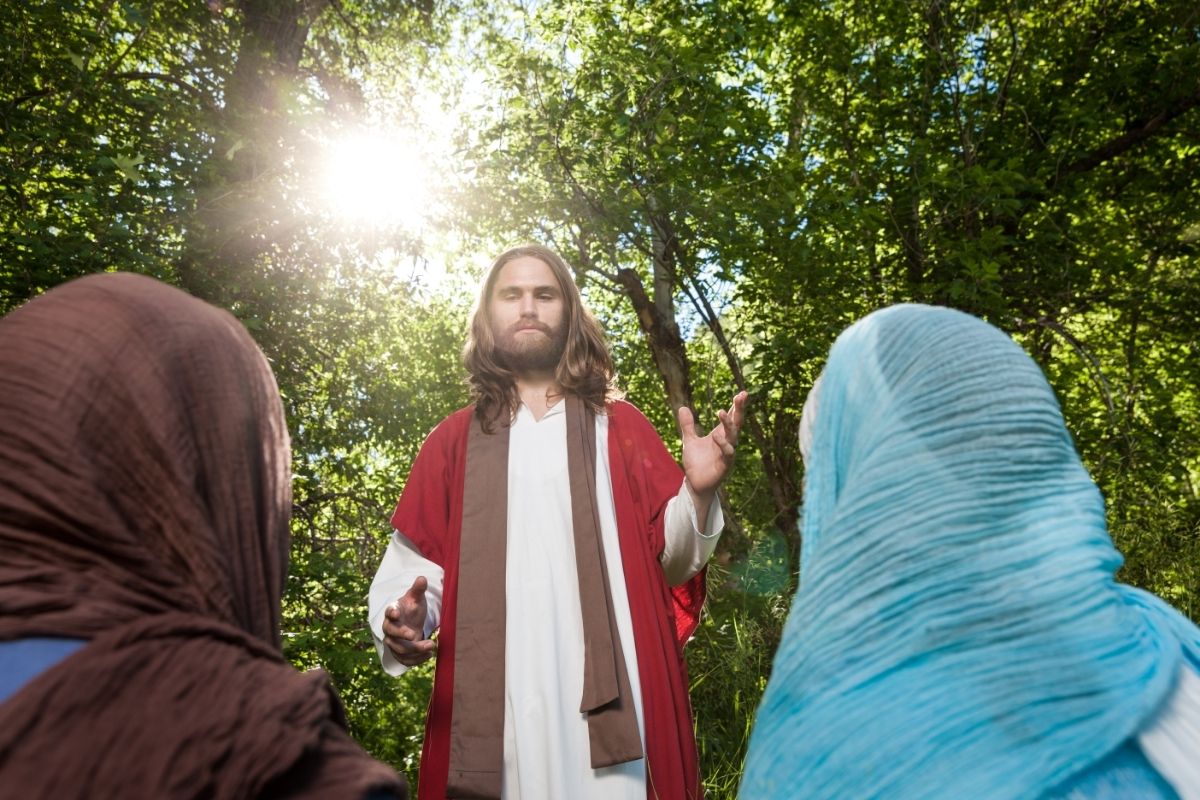 Throughout the bible, the words ‘apostle’ and ‘discipline’ are seemingly used interchangeably to refer to the same set of people.

Contents show
1 What Is An Apostle?
2 What Is A Disciple?
3 Etymology
3.1 Apostle
3.2 Disciple
4 Conclusion

It’s a reasonable conclusion to say that apostles and disciples, therefore, have the same meaning, right?

Well, there are actually some subtle, yet important differences between the two terms.

The main difference between apostles and disciples is that an apostle is one who has been given authority by Jesus Christ to teach others about Him.

On the other hand, a disciple is someone who follows a mentor. In the case of the bible, that mentor was Jesus Christ himself.

In this article, we’ll be taking a look at some other key similarities and differences between an apostle and a disciple, as well as examining some key examples from the bible.

What Is An Apostle?

An apostle is someone who has been personally chosen by God to preach His word to others.

This means that they’ve received special training and instruction in order to do so.

They’re also expected to use their gifts for the benefit of others.

For example, Paul wrote: “I am not ashamed of the gospel of Christ: for it is the power of God unto salvation to every one that believeth; to the Jew first, and also to the Greek.” (Romans 1:16)

Paul wasn’t embarrassed or ashamed of his message because he knew that it came directly from God Himself.

He believed that it was the power of God that made his message effective.

So what exactly does it mean to be an apostle?

According to the Bible, being an apostle simply means having been called by God to share His message with others.

So if you want to become an apostle, then you need to ask yourself these questions:

Have I been called by God to speak on behalf of Him?

Do I feel confident enough to talk about my relationship with God?

Have I been blessed with certain spiritual gifts which can help me effectively communicate God’s truth to others?

If you answered yes to all three of those questions, then congratulations! You can consider yourself an apostle!

What Is A Disciple?

A disciple is someone who follows another person, usually a teacher or leader.

In the case of the bible, however, the term ‘disciple’ is often used to describe anyone who follows Jesus Christ.

Jesus is considered to be the ultimate teacher, and He taught us through parables and stories.

When He said things like: “Blessed are ye, when men shall revile you, and persecute you, and say all manner of evil against you falsely, for my sake”, (Matthew 5:11), He was talking about how followers should respond to criticism.

When Jesus told His followers that they would be hated by everyone around them, He meant that they should expect to be persecuted.

But instead of getting upset or angry, they should remain calm and patient.

“And whosoever shall offend one of these little ones which believe in Me, it were better for him that a millstone were hanged about his neck, and that he were drowned in the depth of the sea”. (Mark 9:42-43)

“Whosoever therefore shall confess Me before men, him will I confess also before My Father which is in heaven”. (Matt 10:32)

Jesus was saying that even though people may hate you, don’t let them get to you. Instead, remember that they’re just doing what they think is best.

The point is that although they have wrong ideas about you, there’s no reason why you shouldn’t love them too.

This is just one of many examples of how Jesus educated His followers. This relationship between Him and His followers was that of a mentor and a disciple.

You can see similar attitudes towards other Christians in the New Testament book of Romans where Paul writes:

“We know that we are saved by faith, not by works: for we submit ourselves unto the judgment of God. For we hold fast our confidence, hope, and charity, even unto death”. (Romans 3:28-30)

This passage tells us that we can trust in God’s mercy and forgiveness without needing to earn it.

It says that we don’t need to do anything good in order to be accepted by God. All we need to do is accept God’s grace and forgive others as well.

Paul here refers to the fact that God chose some people to be born into sin, but still decided to save them anyway.

He calls them brothers because they belong to the same family.

It also showed people that anybody who followed Jesus Christ and became a disciple of His was eligible for great mercy from God.

Etymology is simply the study of word origins. Let’s take a look at the etymology of the words ‘apostle’ and ‘disciple’:

The oldest known origin of the word comes from the ancient Greek ‘apostellein’, which means ‘send forth’.

It later changed slightly in structure and meaning to ‘apostolos’, which means ‘messenger’.

Over time, influences from Latin and Old English changed the word to ‘apostol’ and it eventually arrived at the English word ‘apostle’ that we use today.

At around the same point in history, the Old French word, ‘deciple’ was used throughout Europe in the same way as the Latin equivalents.

Of course, this also eventually came to be ‘disciple’ in modern-day English.

In conclusion, both words mean ‘one sent out on an important mission or task’. However, their meanings differ greatly.

An apostle is someone who has been chosen by God to carry out a specific task. They are usually given special training and authority over other disciples.

On the other hand, a disciple is anyone who follows Jesus Christ and becomes a follower of His teachings. He may or may not receive any special training or authority over other disciples.

Of course, both of these terms represent good Christians, so make sure you look out for them while reading the bible!