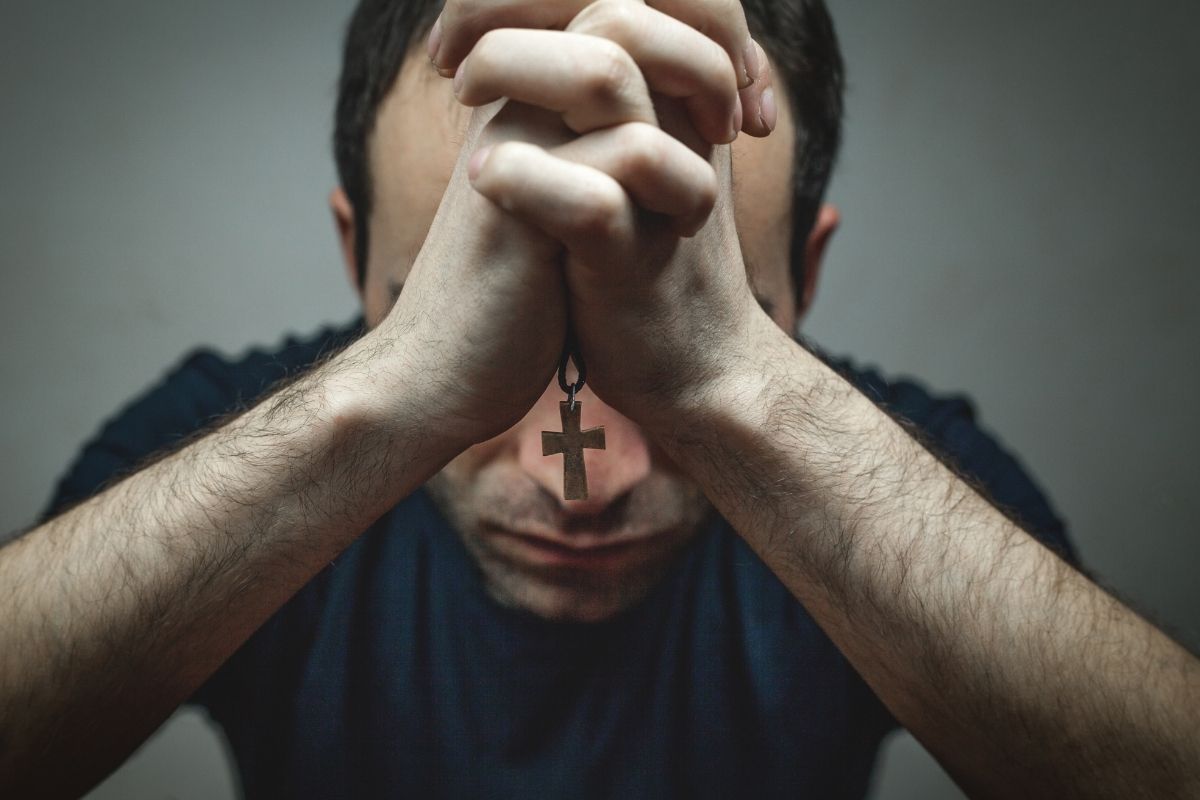 If it helps, you’re probably not the only one who’s a little confused about what the difference is between Catholic and Christian.  Are they the same thing?  Or are they different but related somehow?

Well, in any case, worry no longer.  In this article, we’ll take you through the exact differences between Catholic and Christian to remove all your confusion and make sure you never get your terms mixed up again!

Well, that’s a very big question.  But the simple answer is that Christianity is the world’s largest religion.  Approximately 2.4 billion people on Earth practice Christianity in one form or another (Islam is second, with just over 2 billion followers worldwide).

As you probably know, the most important part of Christianity is believing that Jesus Christ is the son of God, that He died to save us from our sins, and that He is our only path to redemption.

The world is a big place, and believers in different places (and sometimes in the same places as well) have different ideas about Christianity.

This is where the confusions like the one about the difference between Catholics and Christians can creep in.

It might help us to be a bit more specific, here.  When people talk about Catholicism, 99% of the time that means they’re talking about Roman Catholicism.

It’s called Roman Catholicism because the leader of the worldwide Roman Catholic movement is the Pope, who’s headquartered in Rome, Italy.

Actually, to be more specific, he sits in an area within Rome called the Vatican, which is technically its own independent country, but let’s get back to the point.

The Pope is the highest authority within Roman Catholicism and Catholics all over the world, from Paraguay to Poland, look to him for spiritual leadership.

This means that the simplest way to describe (Roman) Catholicism is that it’s one kind – the largest kind – of Christianity.

It describes itself as the one, holy, catholic, and apostolic church that was founded by Jesus Christ himself when he instructed his disciples to spread the gospel to the world after his resurrection.

But let’s unpack that “one, holy, catholic, and apostolic” part a bit.  The “one” comes from the fact that Catholics consider their church as the only true church, founded by Jesus.

The “holy” part is nothing too tricky.  It basically means what holy usually means – by and for God, with a special purpose.  The “catholic” part is, of course, where the church gets its name.

The word comes from the Greek word “katholikos” which means “universal”.  This is to emphasize that the church proclaims the whole Christian faith to everybody, with nobody excluded.

Finally, the “apostolic” part is because the church sees its first ever ministers as the apostles of Jesus, and that its current ministers are their direct successors.

This applies to the Pope too.  The church regards Saint Peter as the first Pope and sees all the Popes afterward as following directly on from him.

However, do you remember that we said that it’d be helpful to be more specific when talking about Catholicism?

What Is Orthodox Christianity?

The term “Orthodox Christianity” is often used in English when people talk about the Eastern Orthodox Church, which is the third-largest Christian grouping in the world.

However, even this can be confusing, as there are also separate organizations that have Orthodox in their names.

We won’t cover them here because they’re quite small organizations that aren’t very well known in the Western World.

The Eastern Orthodox Church officially calls itself the Orthodox Catholic Church.  Yes, this might seem to only be making things even more confusing, but there is a reason they use this name.

This might sound like a contradiction – how could these two separate organizations both be the same one founded by Jesus?  But the thing is, they used to be a single, united church.

This original church was founded in the Roman Empire by Jesus when he told his followers to spread the word of the good news.

As you might know, the Roman Empire was very large, including all the lands around the Mediterranean Sea.

Over a long time, and for many reasons – the language difference was just one – the two halves of the church slowly began to drift apart.

It was difficult to see this as it was happening, and everybody still thought of them as one church at the time, but eventually, the split became official.

In the year 1054, one final dispute led to the Pope and the Ecumenical Patriarch (the most important figure within Orthodox Christianity) excommunicating each other.

This is known as the Great Schism.  It marked the final split between the two halves, and it has not been mended to this day.

As a result, the two churches are now separate groups, each one claiming to be the legitimate successor to the church that Jesus founded.

To this day, the Roman Catholic and Eastern Orthodox churches use Latin and Greek respectively as their languages for religious ceremonies.

This history of Protestantism is also the story of a split.  It begins with Martin Luther, a Roman Catholic priest and theologian in 16th century Germany.  To cut a long story short, he disagreed strongly with certain aspects of the church’s policies and practices and publicly protested them.

This was the spark of what is now known as the Reformation, which was an event in which many churches, especially in Northern Europe, split from the Roman Catholic Church and began to organize themselves independently.

This led to many types of Protestant churches, some of which are now very different from the Roman Catholic Church in a lot of ways, and sometimes almost as different from each other as well.

Protestant churches are not united with a single head in the way that the Roman Catholic Church is, although they do often form associations that have varying degrees of unity.

If you only remember one thing from this article, make it this: Catholics are simply one type of Christian.

There are many other types as well, including Protestant and Orthodox, though Catholicism is the largest.

There are so many complex differences between the beliefs and practices of these three – both big and small – that many books could be (and have been) written about it.

The take-home message, though, is that they’re all types of Christian.