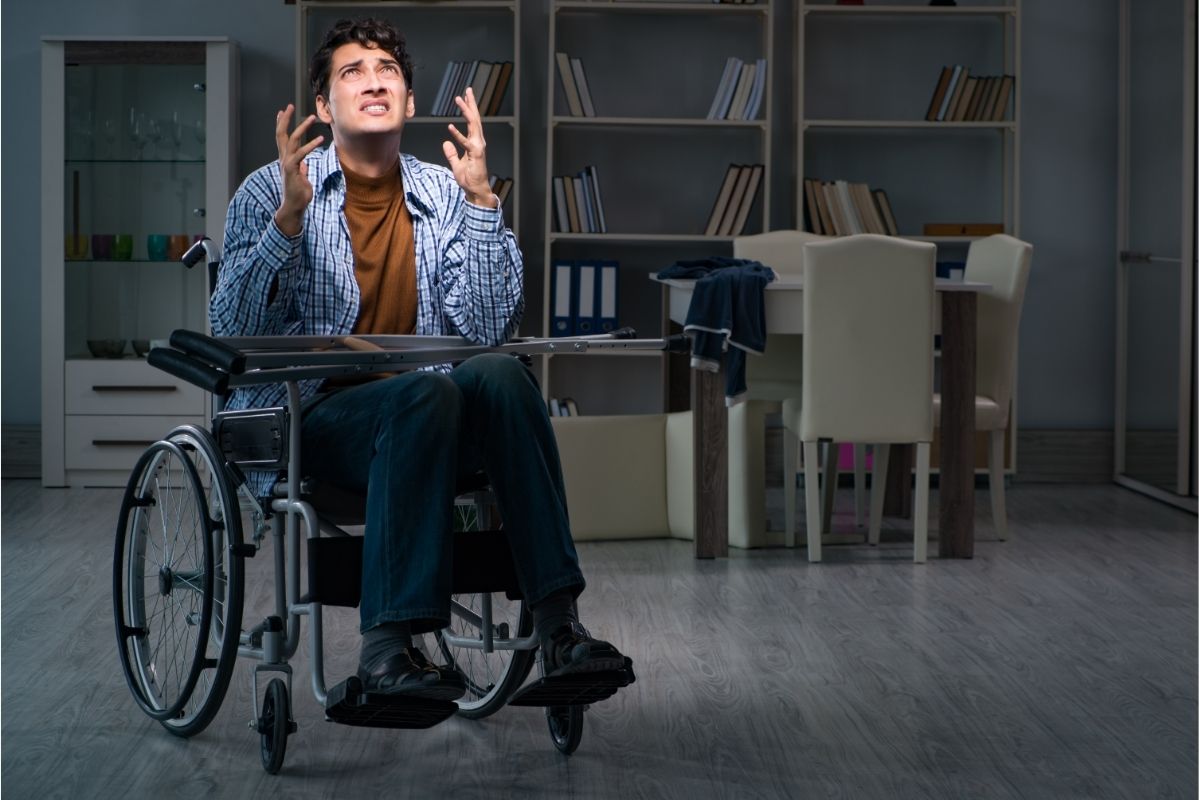 How could a loving God allow so much suffering?

The Bible says that God is love. He wants us to live in peace and harmony. That means he would never want anyone to suffer.

Yet, throughout history, millions of people have suffered. Why?

If God is truly loving, then why does he allow evil things to happen? This question has puzzled many people over the centuries.

Still, others believe that God allows suffering to test our faith.

We tend to think that suffering is a punishment from God for our sins.

While sin and suffering are clearly linked in a universal sense, the amount of suffering a person experiences is not proportionate to his or her sinfulness.

Earlier in John’s Gospel, Jesus encounters a man who was blind from the start of life, and his disciples ask, “Rabbi, who sinned, this man or his parents?” (John 9:2).

Jesus replies, “It was not that this man sinned, or his parents, but that the works of God might be displayed in him” (John 9:3). Then Jesus heals the man.

This teaching sets Christianity aside from the versions of Buddhism which teach karma and reincarnation, because it teaches that Jesus Christ died for our sins and rose again from the dead.

Within that logic, we’re the result of our past actions: our past sins can determine our current suffering.

Not so in Christianity. Indeed, if anything at all, Christianity reverses that pattern: those who live in privileged positions now are warned of an after­life of suffering if they do nothing to change their lives.

Those who suffer now will be closer to God’s Heart than those who don’t suffer.

This dynamic is explored in one of Jesus’s most uncomfortable parables—a story guaranteed to send chills down the spine of every person reading this book—the parable of the rich man and another Lazarus (Luke 16:19–31).

We can certainly look for meaning in our sufferings to see what we can learn, but we should not use them as a gauge for our guilt, or think that by praying more intensely or having greater faith or doing better in everyday life, our lives would become without suffering.

This perspective on suffering helps us comprehend the biblical narrative’s broad sweep.

Paradise is portrayed in the Bible’s beginning: human beings in relationship with God and one another, untroubled by sin, suffering or death.

Many people decide that this is the end goal of Christianity, which is a return to Eden.

But when we look at this concept, we see that it renders the entirety of human history a cosmic waste of time.

God could have simply prevented Adam and Eve from sinning in the first place.

And even if there were reasons to allow sin—perhaps by giving humans free will—one can imagine a much shorter, straighter line between the beginning and the end than what the Scriptures describe.

However, the Bible’s “new creation” is more than a return to the idyllic past. It’s far more fruitful.

Adam and Eve knew God as Creator and Lord in the early Genesis narrative—perhaps even as a friend.

To the first humans, this life-changing relationship with God was unimaginable.

It was a closeness that could only be seen in their relationship with one another before they left their Maker.

However, the lack of that intimacy with God explains the bizarre statement that “it was not beneficial for the man to be alone” (Gen. 2:18). Humanity’s original vision was excellent.

It was not the best, however. According to the Bible, the best was yet to come. And the only way to get there would be through suffering.

We must also reject the idea that God would not want us to suffer if he loved us, from a biblical perspective.

Every scriptural page refutes this idea. We see those who are chosen and loved by God suffer repeatedly.

When Jesus arrives, we see the script played out on a cosmic stage: God’s beloved Son, the One in whom The Father is well pleased, comes expressly to suffer and die out of love for his people.

In fact, our views on God and suffering reveal a gap between our natural assumptions and the biblical narrative.

The loving God we know in our imagination would move from creation to creation. From Jerusalem to the garden of Eden. But the God we know in the bible works a little differently.

His story is stretched out over millions of years and encompasses all the carnage in human history. He stakes the cross of his son Jesus, and states his death was no mistake. It is the pivotal idea around which all human history revolves, the central thesis of reality.

The savage death of an innocent human, carrying the world’s weight of sin and suffering, is the main point of the story. This is the way we look at the narrative, but it is not the final outlook.

Dr. Mukwege, nicknamed “Doctor Miracle,” is a pioneering surgeon who has treated thousands of victims of sexual violence for the medical aftereffects of gang rape and brutality.

Recognizing Jesus’s relentless call on Christians to serve the suffering”, Mukwege urges fellow believers, “As long as our faith is defined by theory and not connected with practical realities, we shall not be able to fulfill the mission entrusted to us by Christ.”

“If we are Christ’s,” Mukwege continues, “we have no choice but to be alongside the weak, the wounded, the refugees and women suffering discrimination.”

She adds that “Those living in the slums of Calcutta know this from Mother Teresa and the Missionaries of Charity. Mother Teresa’s goal was profoundly theological, “seeing and adoring Jesus…in the distressing disguise of the poor”, but not at all theoretical.

To summarize, the Bible says that God loves us and wishes for our happiness. God created us perfect and good.

He wants us to live forever with him in heaven.

Yet, millions of people suffer every day because they don’t believe in him or follow his teachings.

They choose to sin rather than live according to God’s laws, and this is the basis for why so many suffer.

It is also understood that those who suffer are closest to God, which is slightly contradictory.

Through suffering, it is understood that we learn valuable lessons for the future.

We have free will, meaning we’re able to decide whether to obey or disobey God. If we choose to disobey him, then we will experience consequences.

In other words, God does not force us to do anything against our will.